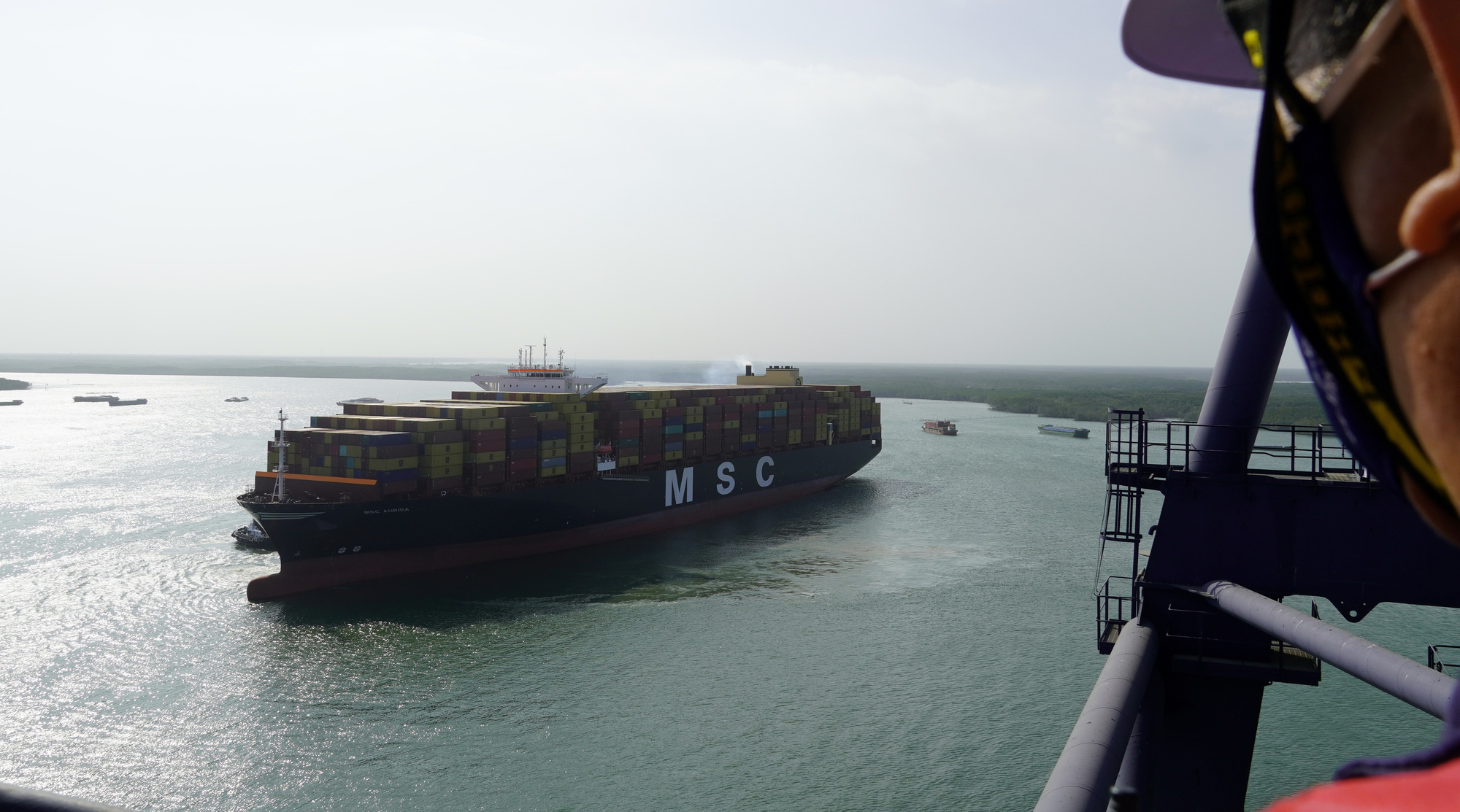 The container ship, built in 2020 with the overall length of 366 meters and width of 51 meters, is operating as a direct container service belonging to the Switzerland-based MSC shipping line.

The total volume of cargo from the MSC Auriga handled at SSIT tops 11,000 container boxes, equivalent to over 15,000 TEUs (twenty-foot equivalent units), which is recorded as the highest container volume per vessel ever handled in Vietnam.

Notably, the majority of the 12,000 TEUs to be unloaded are empty containers, which have become scarce in the Vietnamese maritime market recently.

According to the plan, MSC Auriga will complete unloading and loading the 15,000 TEUs by Wednesday.

It is a joint venture established in 2006 by the U.S.-based SSA Marine and the two Vietnamese companies, Vinalines and Saigon Port.