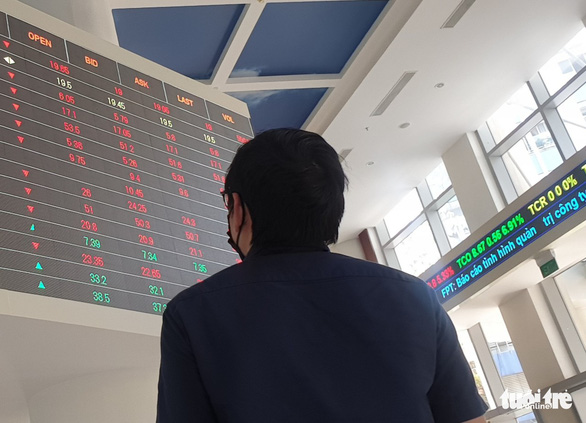 HANOI -- Vietnam’s main Ho Chi Minh Stock Exchange (HOSE) said in a statement it had halted trading on Tuesday afternoon after a surge in orders prompted concerns over market stability.

The market registered a 50% jump in share trading volumes in May compared to December as the benchmark VN-Index hit a record 1,300 points.

“Trading volume in the morning session reached 21.7 trillion dong ($941.68 million), which caused alarm about the stability of the whole system,” the statement said, adding trading was suspended with the approval of the regulator, the State Securities Commission.

The afternoon session normally runs from 1 pm to 3 pm (0600 GMT to 0800 GMT) and the exchange said closing prices for Tuesday’s trading were the last matching prices in the morning.

The exchange also halted trading in late-December for part of an afternoon session over fears the system would crash due to a sudden surge of orders.

“It’s the first time HoSE actively froze a whole trading session like this although the system saw some disruption with the stock prices board taking forever to load in the morning,” said a Hanoi-based analyst at VNDirect Securities.

The latest glitch illustrates the type of risks that investors in such new and fast-growing frontier markets can face.

In 2018, HoSE was forced to shut all activities for three days after the system crashed.

Analysts said Vietnam’s benchmark exchange is struggling to keep up with a large influx of local investors looking to move cash away from savings which are offering declining interest rates. ($1 = 23,044.0000 dong)