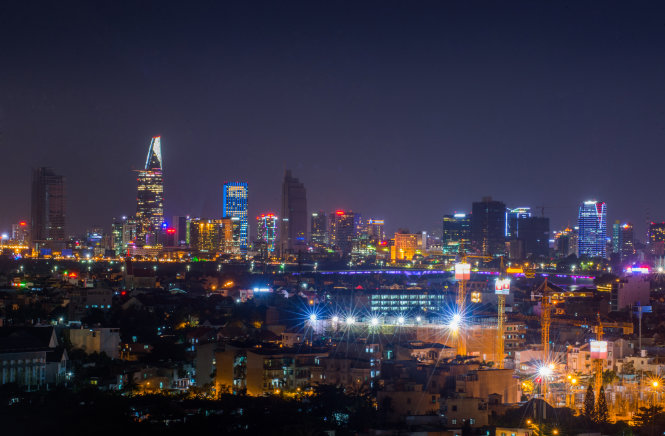 Vietnam’s Reunification Day – join it together

Mention ‘Reunification Day’ and most think of war. I, however, think of peace.

‘Reunification Day’ was an enormous achievement that came at a horrifying cost. Older Vietnamese citizens can still vividly recall the tragedies and victories that lead to North and South Vietnam being reunited as one nation. Thankfully, younger generations are now deeply focused on moving on with life, as well as enjoying it. Even for those still trapped in the mire of rural and urban poverty, it’s still better than the bad old days.

Vietnam has come a long way in just a handful of decades of economic growth and social stability.

Reunification means many things, depending on where in the country you now live. Hanoi’s booming population has brought growing pains and strains on the city’s road network, yet the standard of living has risen dramatically in the 42 years since the end of the war.  Ho Chi Minh City’s position as the southern gateway to the world has yielded enormous industrial and economic benefits, aside from its chronic problems with flooding, traffic gridlock, and subsiding water table.

In the center, once a bitterly contested region during the war, business is booming in the tourism and support industries.  Reunification has also brought the nation’s language closer to a national single standard thanks to technology and media. Before, it was not uncommon for villages and towns only miles from each other to barely understand each other’s version of Vietnamese.

As communities begin to interact and work together, they are able to find common ground and agreement. Already, many provinces have come to understand their reliance on other local governments for power, jobs, exports, and the development of tourism in previously impoverished areas.

The unification process is ongoing too – it’s highlighted by the struggle to bring modern roads, bridges and infrastructure to the remote mountains, take electricity to the far-flung villages in the Mekong, and fully link the country by road and rail from north to south.

With war now fading into history, the nation can grapple with the new dilemmas of the current century – climate change, rising sea level, the threats to the Mekong’s agricultural water supply, and dozens of other issues.

The war divided families as well, not just by taking sides but also by the mass movement of people north and south as economic refugees during the war and afterwards. In a culture where family is the heart of almost everything from business to social interaction, reunification has finally reconnected many. However the merging of the nation still puts strains on family relationships when the young leave the rural world for the city jobs and educational opportunities. On a weekly basis, my students have commented about ‘missing their hometowns’ and the peace visiting home brings them from modern stresses of city life.

A good example of the pain, suffering and economic opportunities being wasted might be the tragic separations of North and South Korea or the divided states in eastern Africa. Vietnam has now moved on in a dramatic, energetic fashion towards a hard-won and well-deserved economic prosperity.

While Vietnam faces mounting challenges from nature, global economics, and the shifting patterns of power swirling outside the country, the cheerful and enthusiastic power of its young population puts it in a good position to grow.

Peace is the point of Reunification Day, not the victories of armies or the cost in lives lost but what reunification has given the country.

There’s a story written in ancient times by the fable writer Aesop that sums up Vietnam’s achievement well:The Four Oxen and the Lion A Lion used to prowl about a field in which Four Oxen used to dwell. Many a time he tried to attack them; but whenever he came near they turned their tails to one another, so that whichever way he approached them he was met by the horns of one of them. At last, however, they fell a-quarrelling among themselves, and each went off to pasture alone in a separate corner of the field. Then the Lion attacked them one by one and soon made an end of all four.

United we stand, divided we fall. May Vietnam stand united for as long as its people believe in it. Happy Reunification Day!