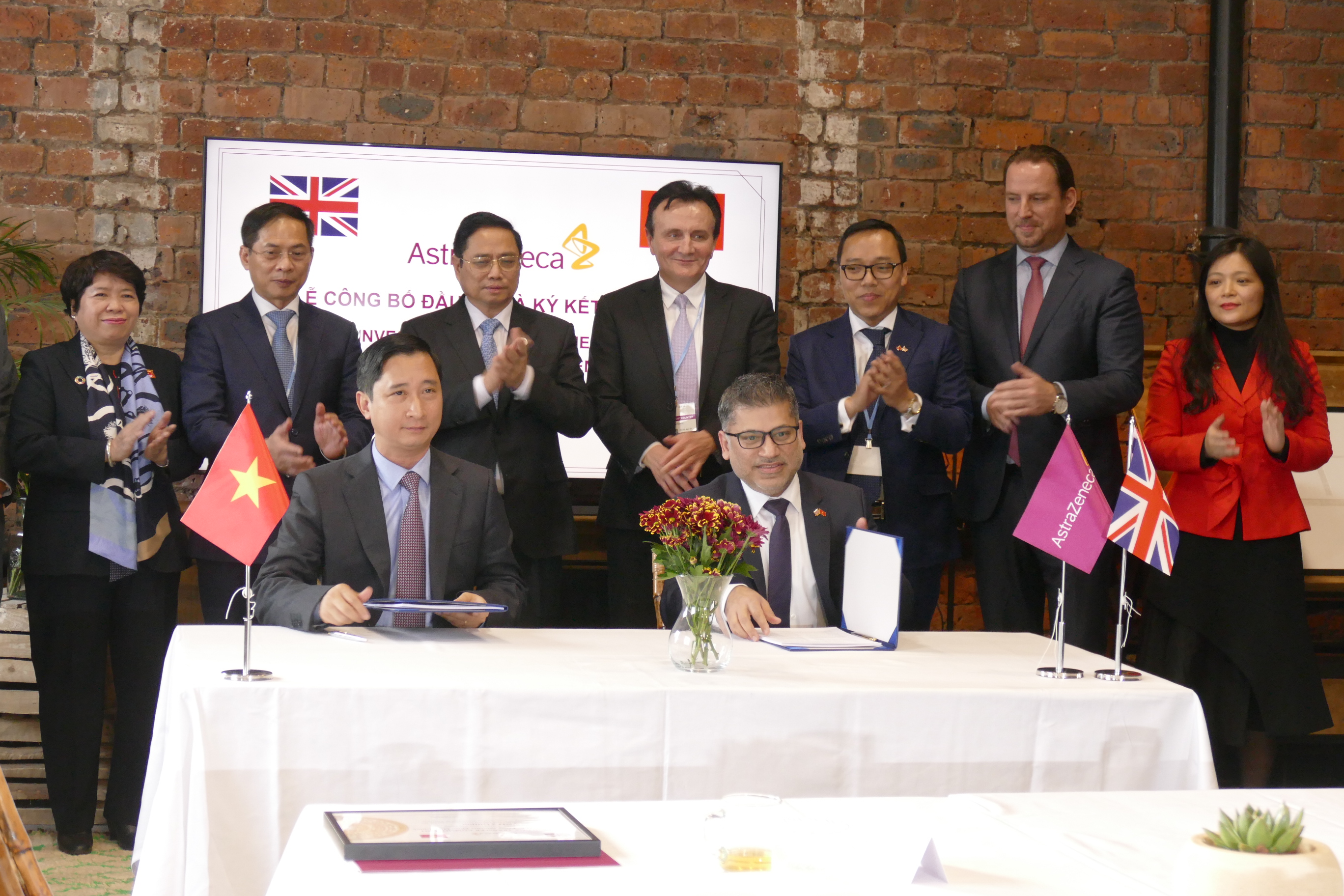 Vietnam Vaccine JSC (VNVC) has signed a contract to purchase an additional 25 million AstraZeneca COVID-19 vaccine doses, raising the total number of shots it has bought from the British-Swedish pharmaceutical firm to 55 million.

Vietnamese Prime Minister Pham Minh Chinh witnessed the signing ceremony of the contract in Edinburgh, Scotland on Tuesday, as part of his working trip to attend the 26th United Nations Climate Change Conference of the Parties (COP26) and pay visits to the UK and France from October 31 to November 5.

This is the second vaccine deal VNVC has inked with AstraZeneca.

The Vietnamese firm previously bought 30 million AstraZeneca vaccine shots, of which more than 20 million doses have been delivered while the rest are expected to arrive in November.

AstraZeneca will begin sending the doses under the second contract starting in December.

Prior to the ceremony, PM Chinh convened a working session with AstraZeneca Executive Director and Chief Executive Officer Pascal Soriot.

The premier thanked AstraZeneca for its timely supply of vaccines to Vietnam, which was an important contribution to the country’s COVID-19 prevention and control efforts.

He hoped that AstraZeneca would continue to expand effective cooperation in the health sector, not only in vaccines but also in medicines.

Soriot affirmed that his company will work to deliver all vaccines signed with Vietnam in the near future.

AstraZeneca also announced an investment worth US$90 million to assist Vietnam in improving its pharmaceutical production capacity, which will help patients have better access to high-quality locally-made medicines.

In the 2022-30 period, the company plans to make three major pharmaceutical products in the Southeast Asian country.

In addition, it will select a partner in Vietnam to transfer production technology and provide the necessary expertise for the manufacturing of medicine for non-communicable diseases.

As of Tuesday, Vietnam had administered over 83 million vaccine doses, with more than 25 million people fully inoculated.