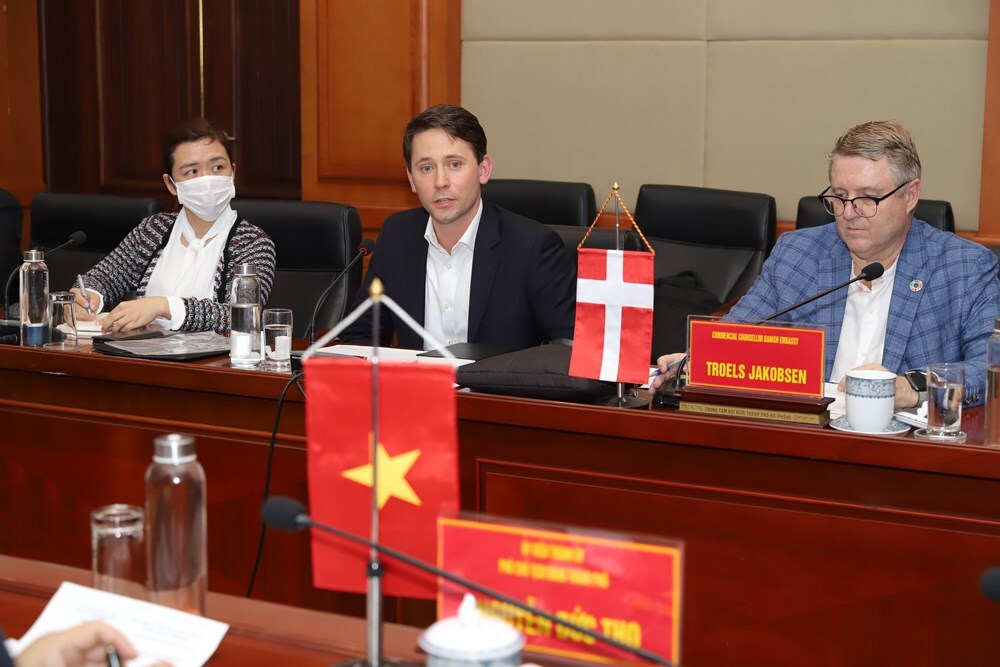 A Danish company has proposed the construction of a wind power project worth about US$13.6 billion offshore Hai Phong in northern Vietnam.

Nguyen Duc Tho, vice-chairman of the municipal People’s Committee, on Wednesday chaired a working session with a delegation led by Troels Jakobsen, commercial counselor from the Embassy of Denmark in Vietnam, to discuss the feasibility study of an offshore wind power plant, to be developed by Denmark’s renewable energy company Orsted in Hai Phong.

At the meeting, Orsted suggested conducting research and surveys for constructing the plant at an estimated capacity of 3,900 MW and a projected cost of $13.6 billion.

The project will be located about 76 kilometers off Tien Lang District.

Vice-chairman Tho welcomed the project of Orsted, stating that the city’s leaders will create favorable conditions for the Danish investor.

The official asked the enterprise to provide additional documents required by relevant departments during the working session in order to enhance the feasibility of the energy plant.

The project must follow current regulations and must not affect navigational channels as well as security and defense in the country, he added.

Orsted is a Danish government-owned enterprise and is the world's largest developer of offshore wind power, accounting for 29 percent of global installed capacity.

About 88 percent of energy produced by Orsted comes from renewable sources.