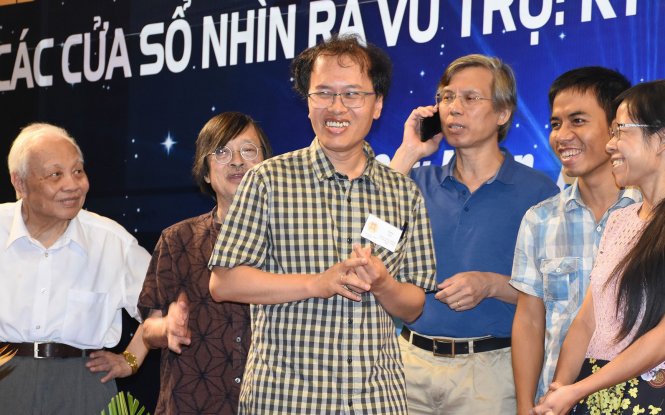 A Vietnamese professor is among three distinguished physicists who were awarded the 2018 Dirac Medal and Prize by the International Centre for Theoretical Physics (ICTP) for their independent contributions in theoretical physics.

Prof. Dam Thanh Son of the University of Chicago was on Thursday announced one of three recipients of this year’s award alongside Subir Sachdev of Harvard University and Xiao-Gang Wen of the Massachusetts Institute of Technology.

All three winners study how quantum mechanics affects large groups of particles, known as many-body systems, the ICTP said in a statement.

Their findings allow scientists to understand how different properties of materials emerge and help in the effort to design new types of materials that could potentially be used for applications from new quantum computers to superconducting devices.

The physicists have used their broad knowledge of areas including materials science, black holes, and cold atoms to further our understanding of many-body systems, proving the value of a multidisciplinary approach, the ICTP said.

He added that the three winners are good role models for the thousands of scientists who visit ICTP from developing countries.

"Even though this year's medalists live in the U.S., I am pleased that they are all from developing countries and have been close to ICTP and its mission,” he said.

ICTP's Dirac Medal, first awarded in 1985, is given in honor of P.A.M. Dirac, one of the prominent physicists of the 20th century.

It is awarded annually on Dirac's birthday, August 8, to scientists who have made significant contributions to theoretical physics.

He was the first to understand that gauge-gravity duality could be used to address basic questions in strongly interacting many-body problems from cold trapped atoms to the quark-gluon plasma, according to the ICTP.

He is currently a professor and researcher at the University of Chicago, the U.S.