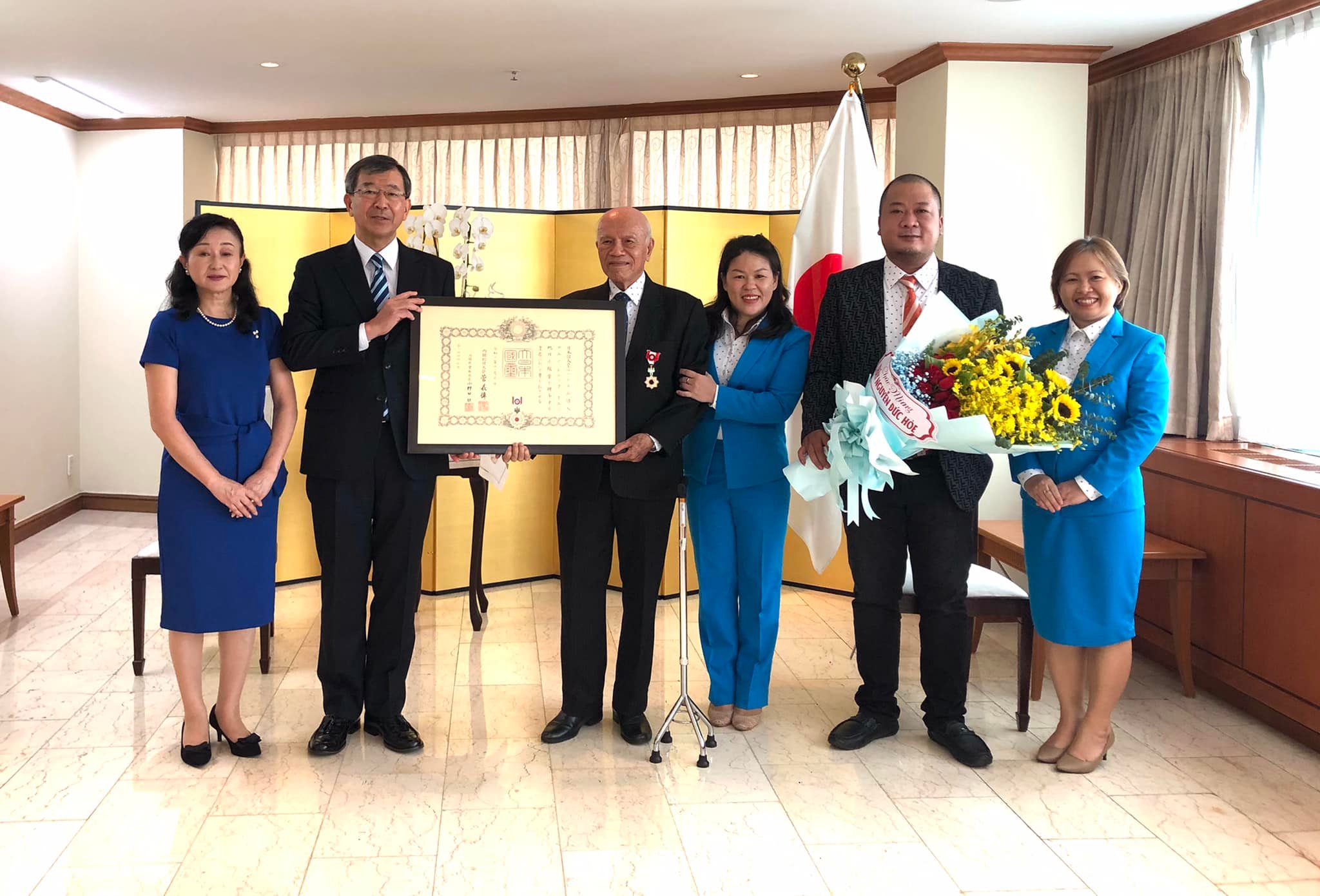 The Japanese government has conferred an Order of the Rising Sun on Vietnam’s Nguyen Duc Hoe, former principal of Dong Du Japanese Language Center in Ho Chi Minh City, for his tireless efforts in popularizing the Japanese language in the southern Vietnamese metropolis.

Consul General of Japan in Ho Chi Minh City Nobuhiro Watanabe chaired a ceremony to present the Order of the Rising Sun, which is awarded by the Japanese government each year to individuals from both Japan and abroad who have made distinguished contributions to the advancement of the East Asian country, to former principal Hoe on Tuesday.

Born in the northern Vietnamese province of Hung Yen in 1940, Hoe went to Tokyo to study from 1959 to 1973, during which he opened Japanese language classes and established one of the first residences for Vietnamese students in Japan.

Consul General Watanabe told Tuoi Tre (Youth) newspaper that after many times meeting and talking closely with Hoe, he considered the Vietnamese man as a warm person with a consistent passion for the development of the Japan-Vietnam relations.

Watanabe added that he was impressed by Hoe’s enthusiasm and expectation for young people in contributing to the two countries’ relations in the future.

Upon his reception of the order, Hoe said he did not think he would get such a noble honor as he believed what he had done was primarily dedicated to Vietnamese students and to Vietnam.

The former principal yearns to help Vietnamese people and students, who are studying and living in Japan, develop a better understanding of the East Asian country to apply its achievements in Vietnam.