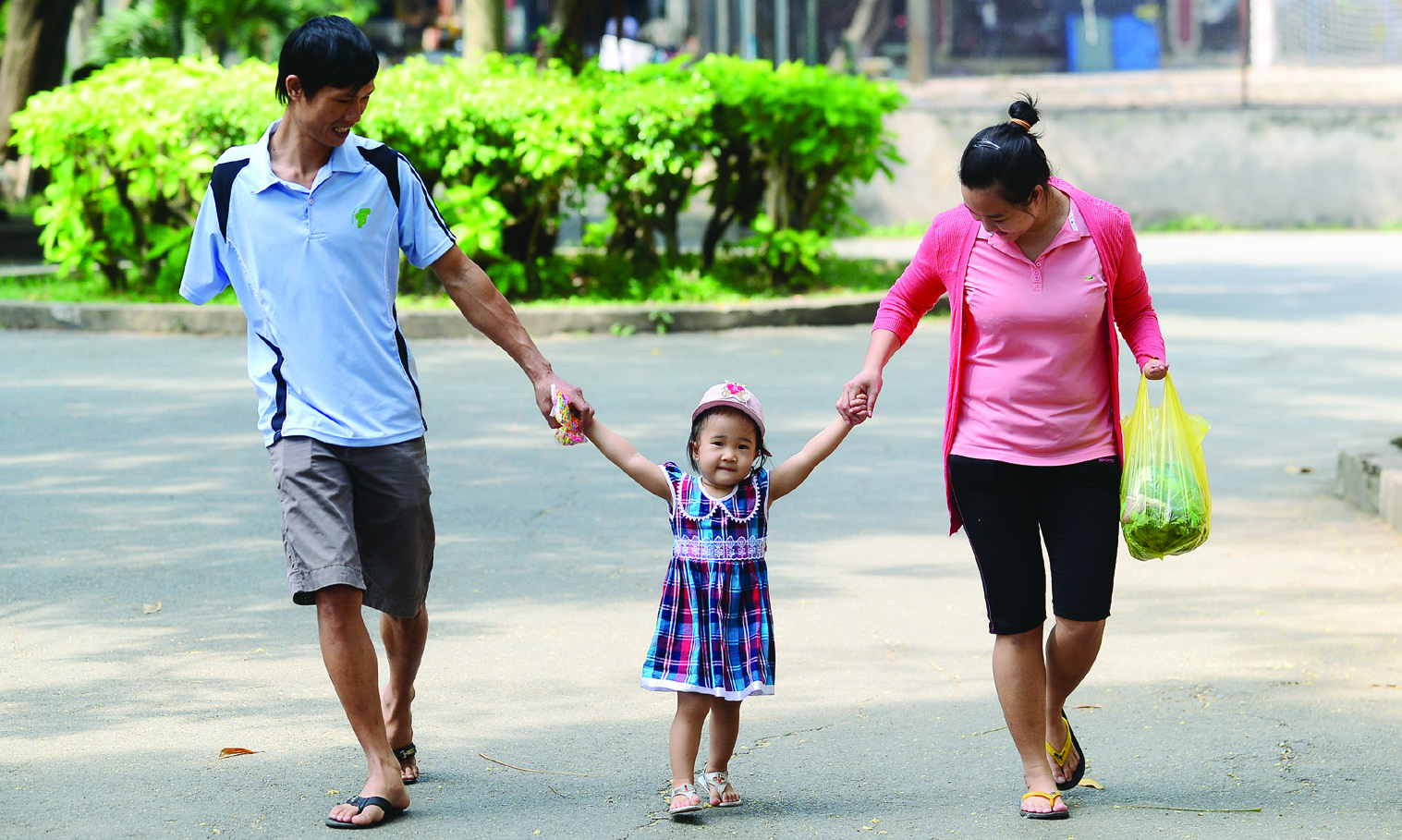 Many Vietnamese people with physical disabilities have achieved success and nuptial bliss after carving out a fruitful sport career.

They may not be able-bodied, but their aspirations in work, social contribution and marital happiness are just as fervent as those cherished by others.

The pursuit of professional sports is one of the keys which help them open the doorway to success and happiness.

A blind man’s quest for self-expression

Nguyen Ngoc Hiep, 20, has carved out a niche for himself in the local sports arena after winning a gold medal in the long jump at the 2014 ASEAN Para Games held in January last year in Myanmar.

The young man has also become a great source of pride for his nuclear and extended families.

Hiep’s father emotionally recalled that his son became completely blind when he was in the sixth grade.

He encountered countless difficulties when he embarked on his sport pursuit.

“The greatest challenge for a visually impaired man is landing, as they will be faced with the fear of the unknown. Such a fear cannot only mar their performance but also pose serious dangers,” Dang Van Phuc, Hiep’s coach, told Tuoi Tre (Youth) newspaper early last year.

He added that compared to able-bodied athletes, Hiep’s training was divided into smaller segments, and it took the young man daunting months of practice to do what he is capable of now.

His efforts have paid off, with astounding improvements made in his performance at national and international competitions intended for physically challenged athletes.

Hiep is currently a sophomore at the Ho Chi Minh City University of Education.

The young man is likely to compete in the 2016 Paralympic Games in Brazil in both the long jump and 200-meter and 400-meter sprints, Phuc recently said.

Behind the resounding success of Tung and Trung is Dong Quoc Cuong, a seasoned coach who is revered both for his dedication to his disabled students’ training process and for serving as their mentor in life and romance.

Since 1991, his wife has worked as head of the swimming pool at Tan Binh District’s Culture and Sports Center, and helped Cuong mentor his underprivileged students.

The sportive accomplishments garnered by Cuong’s students are not his only source of happiness.

The veteran coach also takes great solace in his students’ marital bliss and has been the matchmaker for dozens of couples.

He revealed he recently held a gathering of his former and current students and their spouses and children.

All the physically challenged athletes who showed up at the gathering had all nabbed gold medals at national, ASEAN or Asian tournaments, and most of them have managed to do so for years on end.

Another thing they have in common is that their offspring are all healthy.

Trung, who won five gold medals at the 2014 Asian Para Games, is now engaged and looking to hold his wedding after Tet (the Lunar New Year festival), which begins on February 19.

So is Trinh Thi Bich Nhu, another swimmer with disabilities and also one of Cuong’s accomplished students.

Neither of them can walk, instead they crawl inside their house and use wheelchairs to get around outside.

The happy couple have an 11-year-old son.

Tran Duc Thang (left), a physically challenged athlete, poses with his wife, Le Thi Hien (right), who is also an athlete with disabilities, and their 11-year-old son. Photo: Tuoi Tre

“They had countless difficulty taking care of their son when he was little, but their faces always beam with contentment,” Cuong said.

Another couple who were introduced to each another by Cuong are Nguyen Quang Vuong and Nguyen Thi Thuy.

They married in 2009 and soon gave birth to an adorable little girl.

“We are poor but still have to use two different motorbikes, as my husband’s entire right arm is missing while I don’t have my left arm from my elbow down. So we have to use our own modified bikes, but my daughter will be able to ride both,” Thuy said jokingly.

Cuong told of another couple, Nguyen Thi Minh Ly and Nguyen Hoang Anh, whom he considers his most challenging matchmaking case.

Ly is confined to a wheelchair while her husband, Anh, is a healthy man.

The most overwhelming hurdle to their romance is the fear of vehement objections from Anh’s mother and family.

To their own and Cuong’s elation, Anh’s mother contentedly approved of their wedding, which was held in 2006.

They now have an eight-year-old girl and a three-year-old boy.

Nguyen Thi Minh Ly (in a wheelchair) poses with her husband, Nguyen Hoang Anh, and their two children during a family outing in early 2015. Photo: Tuoi Tre

Following their cozy wedding, Cuong asked his wife to let Anh work at her swimming pool.

Anh has made astounding strides since and he now serves as Ly’s coach and is integral to her comeback to the “blue racetrack,” which remains her ceaseless lifelong passion.