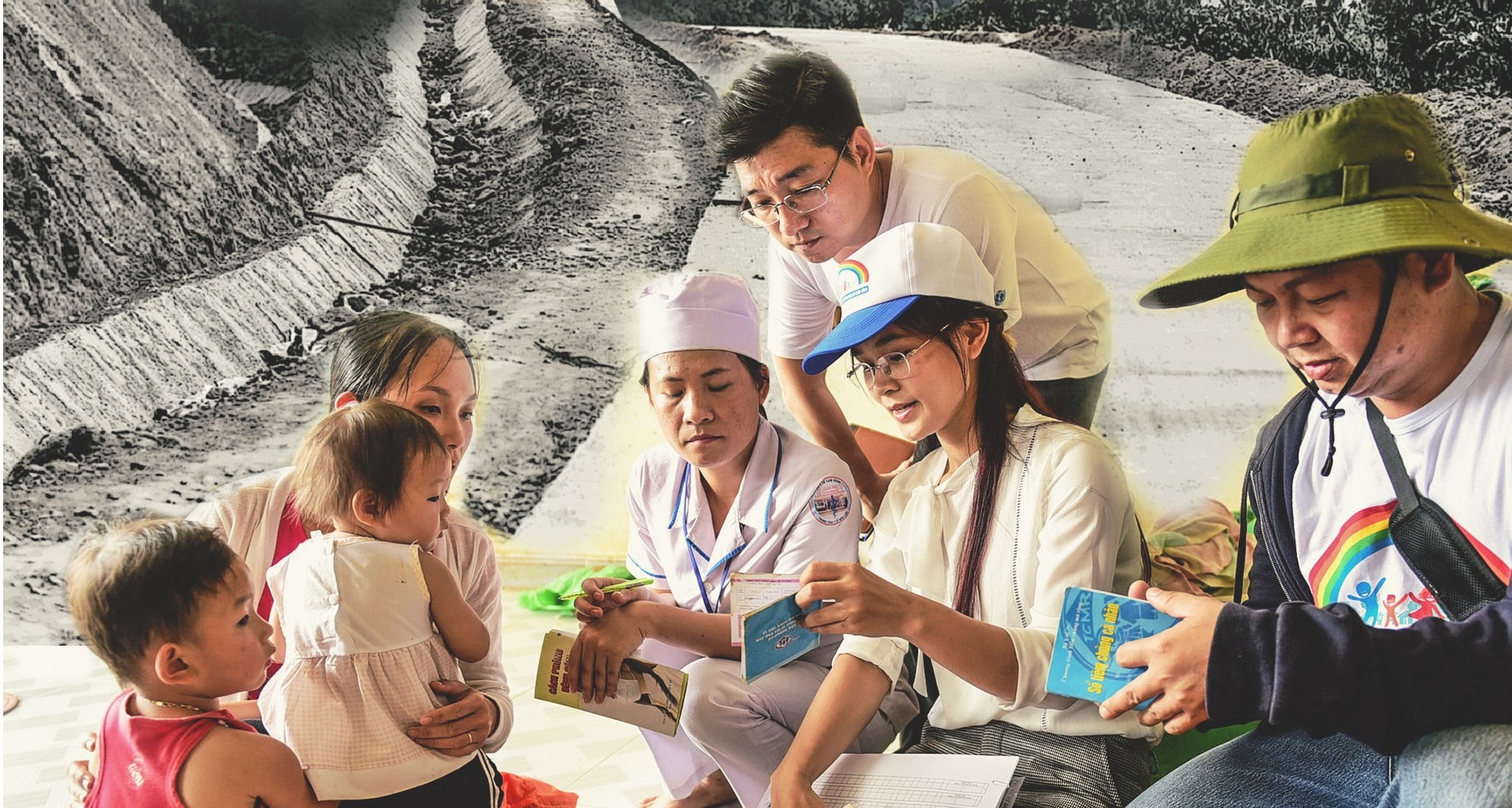 In a bid to meet the lofty goal of a 95 percent nationwide vaccination rate, Vietnamese preventive medicine specialists are venturing deep into the country’s most remote areas to educate locals on the advantages of vaccinations and the important role they play in building a healthy, protected community.

Vietnam’s Ministry of Health has made it its mission to overcome one the biggest challenges facing to the country’s public health:  vaccinating the population against dangerous diseases that threaten the stability of the community, particularly in rural and isolated areas.

To reach such a lofty goal, preventative medicine specialists have been deployed across the country to focus on the specific needs of each and every region.

From the country’s southernmost province of Ca Mau, to Lam Dong Province in the Central Highlands, these duties have been assigned to the Pasteur Institute in Ho Chi Minh City, which specializes in vaccination and virology.

Ho Vinh Thang, a veteran doctor and deputy director of the institute’s Department of Preventive Medicine and Disease Control, is leading the crew charged with traversing southern Vietnam to identify at risk areas and ensuring that those who haven’t been vaccinated are given access to the shot.

The Central Highlands of Vietnam is known for its rough dry season, but the preventative medicine crew sent by the Pasteur Institute to ensure the region’s residents are vaccinated refuse to let scorching heat stand in the way of their mission to make contact with the 400 or so households scattered throughout the mountainous terrain.

Transportation is limited in these parts of Vietnam – roads are dangerous and often in need of maintenance. Vehicles must be chosen with care and the crew can’t afford to carry dead weight.

The rough conditions mean Thang must choose his crew with care.  A nurse, a doctor, himself, and, on occasion, the head of the local medical center are all that make up the humble team.

Nguyen Van Nhuan, a 56-year-old farmer in a remote village in Lam Dong Province, was surprised when the Thang’s crew appeared along the path to his farm one sweltering afternoon.

Nhuan’s two grandchildren, Nguyen Phuc Loc and Nguyen Ngoc Phuc An, had just turned three and one, respectively, and the medical team immediately began explaining the importance of vaccinating such small children and the risks posed by deadly outbreaks and diseases.

The team’s exchange with Nhuan was a repeat of the dozens of other conversations the team has had over the years with the country’s rural population.  In these areas people focus more on the hardships in front of them than “some invisible bacteria.”

It’s is the education aspect of their job that the vaccination crew finds the most taxing.  Exhausting journeys are easy to overcome.  Stubborn mindsets are not.

But they do admit that change seems to be on the horizon.  Thanks to their efforts, as younger locals become more and more educated, they realize the importance of protecting themselves and their children.

Nguyen Thi Hong Lien, the 25-year-old mother of Loc and An, is especially grateful for the initiative. Each time the crew makes a visit to her home, she comes rushing from the field to great them and offer her assistance as a voluntary liaison between the team and her neighbors.

Nguyen Thi Huyen, a member of Thang’s team, was shocked the first time she realized how difficult it is for locals in rural areas to access proper medical treatments and has since vowed to do her best to close the gap.

But even with her determination, she still admits that the often apathetic outlook of rural residents towards modern medicine is extremely discouraging.

Huyen shared the story of Kkhem, a 22-year-old member of a local ethnic minority group, as an example of a particularly hard case.

According to Huyen, Kkhem wasn’t even aware of where she had put her child’s medical records, explaining that she had “lost it somewhere.”

“The fact that we’ve been able to make these people aware that vaccinations even exist is a tremendous feat in itself,” explained Kaes, an ethnic minority nurse accompanying the crew.

As about 30 percent of the population in Lam Dong has ethnic origins, tracking their nomadic lifestyles to educate and offer vaccinations creates a whole separate slew of population health management issues.

Learning from past mistakes, the crew now only approaches these populations on weekends and readies itself for belligerent responses to their mission.

Once, after an infant had a bad reaction to a vaccine the crew was threatened by the child’s family.

Of course, the crew stuck around to ensure the baby’s safety, but the fear of the family’s threats still sticks with them.

Though having worked as a doctor for 18 years, Thang doesn’t expect to leave his post as leader of the vaccination crew anytime soon.

“Every time I come face to face with the ethnic minority children, there is just this drive within me to press on and help eradicate some of the diseases they could suffer from!” Thang expressed.

Thang shared the story of his first assignment back in 2000, shortly after he finished medical school.

While working in the outskirts of Binh Phuoc Province, at the time an area covered in jungle, a local ethnic community was refusing to accept that a tetanus outbreak was taking hold of the region.

“Eventually, we were able to carry out the vaccination procedure,” Thang recalled.

Recently, Thang’s crew was faced with a diphtheria epidemic in Lam Dong in August 2018.  It was the middle of the rainy season and the crew was forced to trek for dozens of hours just cover a few miles of forest because of the flooded paths.

Hoang Anh Thang, head of the expanded program on immunization at the Pasteur Institute in Ho Chi Minh City, had initially wanted to become a general physician, but quickly realized that that helping those without access to proper medical treatment was his true calling.

“I know my current path is way less lucrative, but I wholly embrace it and am very happy with my decision,” Thang said.

Similarly, Huyen, 29, was also charmed into the line of work while she was still an undergraduate student when she realized the gigantic effect she could have on small communities.

“The trips are a constant reminder of the scarcity of proper medical service in remote areas,” Huyen stated. “The gap with their urban counterparts is so large that you need to see it first-hand in order to believe it.”

The expanded program on immunization is one of the most highly acclaimed public medical programs in Vietnam, credited with preventing millions of women and infants from contracting deadly diseases.

Likewise, the tetanus vaccine is administered to 1.6 million women during pregnancy every year.

Though the country’s Ministry of Health achieved an all-time high vaccination coverage figure of 95 percent, they are unrelenting in their mission.

Aside from a lack of education and nomadic lifestyles in rural areas, an anti-vaxxer trend is slowly emerging in Vietnam, creating an added challenge for the initiative.

Epidemics brought from outside the country also create added stress for the program.

They are spending the summer inside