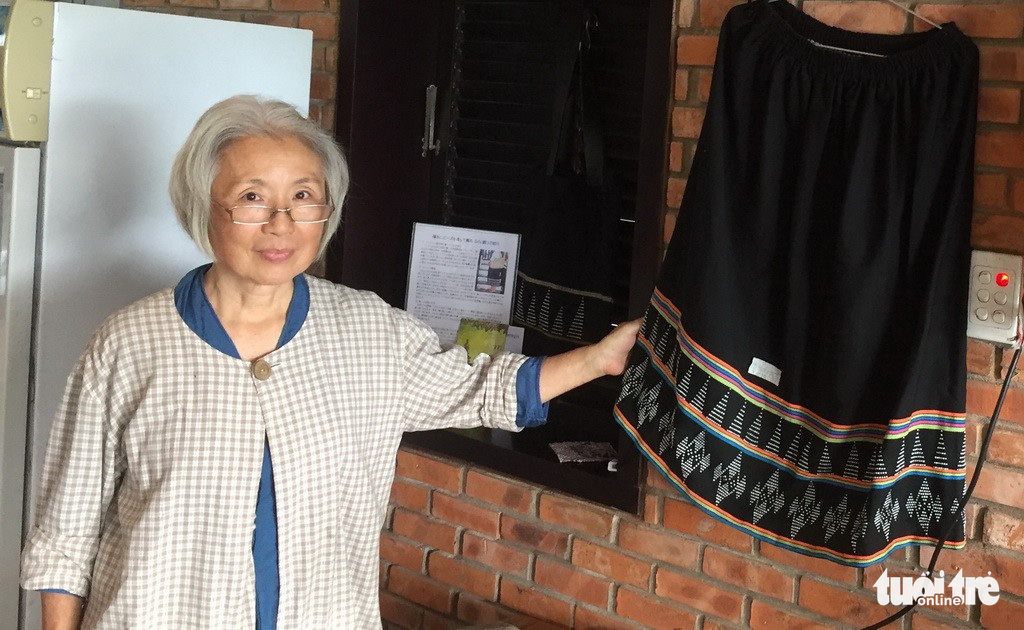 A Japanese woman's retirement plan has been to permanently settle in Hoi An in central Vietnam, where she now runs a coffee shop, sells handicrafts, protects the local environment, and aids young people from the mountains.

Usuda Reiko, 64, is popularly known to the local inhabitants in Hoi An as an important member of the community.

Now that her career as a dentist is over, she resides in a little house by the bank of the Thu Bon River in Hoi An City, ready to realize her final dreams.

A place for coffee and handicrafts

Customers frequent her place, not just for aromatic cups of coffee, but also for the varied craft products she sources from ethnic people living in the mountainous areas.

“When I came to the highlands, I noticed how difficult life was for the young ethnic people there. Hoi An is not too far from them, so I’ve tried to keep tabs on them,” Reiko said.

“That’s why I decided to sell their finely made products.”

Before moving to Vietnam, Reiko had visited Vietnam several times in 2003-2008 as part of friendly cultural exchange projects between Vietnam and Japan.

She made a stop in Hoi An during each visit and the city never failed to captivate her.

In 2008, the old woman told her daughter about her intentions to move to Hoi An and spend her final days in the central Vietnamese city.

She eventually found a small piece of property out of which she runs her coffee shop, where she is often kept company by neighborhood children, college students, and young ethnic minority members.

After four years, her coffee place has become quite popular, attracting people from all different walks of life eager to share their stories.

It has also become a hub for college students and others who take an interest in life around Hoi An.

When she is not running her coffee shop, Reiko travels to far-flung locales, such as the Central Highlands region, 451km south of Hoi An, and the Vietnam-Laos border zones to meet with ethnic minority textile artisans.

During these visits she places orders for craft products with these mountainous workers so she can sell them out of her coffee shop.

For those who wish to leave the remote areas to make a new life for themselves, Reiko offers part-time jobs at her coffee shop, giving them on-the-job training and helping them seek permanent occupations in the ancient town.

Reiko’s one regret is not retiring to Hoi An sooner.

“I love strolling along to the local markets. I buy veggies and fish. Everything is so simple, just like in my homeland,” she said.

“What I love most about this place is the affection that the people in Hoi An have for one another. They cherish the elderly coming from other lands.”

It might seem surprising to the local inhabitants, but the Japanese woman even has her own way of protecting the environment.

Every day, she walks the riverbank to pick up trash and speak with people about the need for a clean environment, collecting trash as she moves along and talking people out of littering into nature.

From her accounts, Reiko’s mother paid her a visit several years ago.

That trip turned out to be her mother’s last journey and Reiko decided to bury her in a local cemetery to keep her close.

“When I die, I will also lie there,” Reiko said.