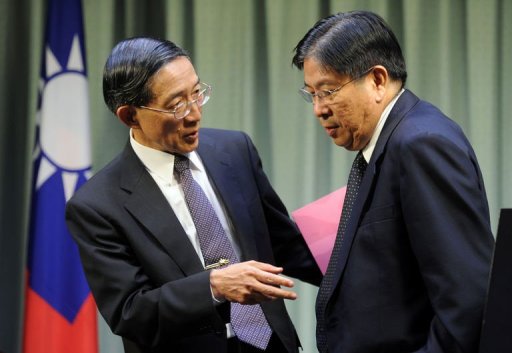 MANILA – Philippine President Benigno Aquino apologised Wednesday for the killing by his country's coastguard of a Taiwanese fisherman, and appealed for calm amid deepening outrage in Taiwan.

Presidential spokesman Edwin Lacierda said Aquino had sent the chairman of the Manila Economic and Cultural Office, which handles relations with Taiwan, to the island to make the apology.

"The President has appointed MECO chairman Amadeo R. Perez as his personal representative who will convey his and the Filipino people's deep regret and apology to the family of Mr Hung Shih-cheng, as well as to the people of Taiwan over the unfortunate and unintended loss of life," Lacierda said.

Taiwan said earlier Wednesday that the Philippines, via the country's de facto ambassador to the island, had already apologised for the death.

But Taiwan leader Ma Ying-jeou insisted Manila offer a formal apology and compensation, apprehend the killer and launch talks on the fishing industry.

In retaliation for the shooting, it suspended the hiring of Filipino workers. Ma's spokeswoman warned that further sanctions would be imposed unless Taiwan's demands were met by 1000 GMT Wednesday.

These would include a "red" travel alert urging Taiwanese not to visit the Philippines and the suspension of exchanges between high-level officials.

Lacierda urged Taiwan not to implement its threatened sanctions and to reverse its decision to ban new Filipino workers.

"We appeal to the people of Taiwan not to involve our Filipino nationals there," Lacierda said. "We appeal for calm. We appeal for sobriety."

Lacierda did not mention compensation, but said Aquino had asked the Manila Economic and Cultural Office to make "donations" to the dead fisherman's family. He did not say how much would be donated.

The spokesman said Perez would meet Taiwan's foreign minister on Wednesday, and the victim's family on Thursday.