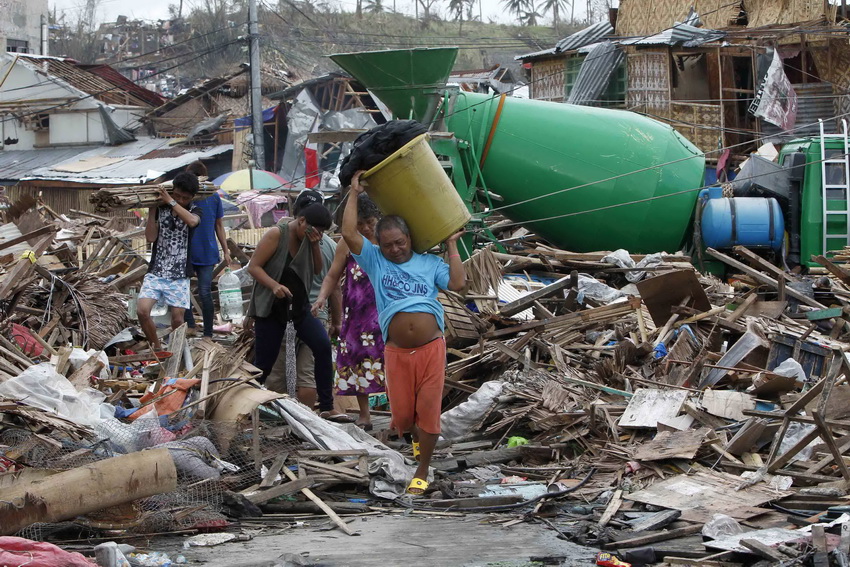 Luis Paolo Montecillo, reporter of the Inquirer, the Philippines’ largest newspaper, told Tuoi Tre via an email interview that social network and multimedia journalism have been fundamental in providing information to state authorities and the media to accelerate relief in the hardest-hit areas of the Phillipines.

How can the reporters at the site maintain their pace of work with such limited resources and equipment?

I don’t personally cover the disaster directly, but from what I hear at our office, it’s really been a challenge. Some correspondents who lived in the affected areas are actually still missing right now, so I think that’s the biggest limitation. There was also a time during which communications were totally cut off in some of the worst-hit areas, so even the government had a hard time verifying reports on casualties and damage. The prevailing estimate at the moment is that 10,000 people may have died due to the storm, but that’s still unverified.

A lot of the roads and bridges were also destroyed in many of the towns. Getting on location, which is what you have to do in situations like this, has been difficult to say the least.

With these limitations, I think what the media has done is rely on official government statements. The situation is extremely sensitive and the worst any paper or TV station can do is report inaccurate data.

Social media has also been a big help. In areas where Internet connection is non-existent, people in affected areas have been able to contact their relatives and friends in other parts of the country, and it’s those people that are able to paint a better picture of the real situation “on the ground,” so to speak.

As you might know, there are a lot of Filipinos working abroad. I think 10 percent of our population is overseas. What they do is post the names of missing people in the affected areas. Then men in Manila fly to Tacloban (the worst-hit province) and other affected areas to look for these people. When they return to Manila, they post whether they've found these people or not on Facebook.

People in areas where landlines have been restored can contact their friends in Manila. Those in Manila let the Filipinos abroad know that their friends and family are safe.

How can the media help to spread the news?

Again, social media has been a big help, in the way I described above. The government was also able to use social media well in communicating information about the coming storm, so people were able to evacuate on time. It’s unfortunate that some evacuation centers were destroyed by the storm, but in areas where these facilities remained standing, people were able to stay safe. A countless number of lives were saved, no doubt.

How can we get international NGOs involved and speed up relief activities?

Local TV stations have done a good job in getting footage that showed the extent of the damage. This, I think, helped a lot in raising international awareness about the effects of the storm. Initially, many people believed that, since most people had a lot of time to prepare, there was very little damage. But once reports started streaming in that just how bad the storm got in some areas, international news organizations and news agencies started pouring into the country.

Over $1 billion in aid has been sent to the Philippines since last Sunday. The National Government has also declared a state of national calamity, which means aid can enter the country tariff-free. Price controls for commodities such as rice are also in force.

Earlier this week, a Croatian company sent over an Antonov AN-225 plane, the biggest aircraft in the world, to the Philippines to bring in a 140-ton generator that brought electricity back to some affected areas.