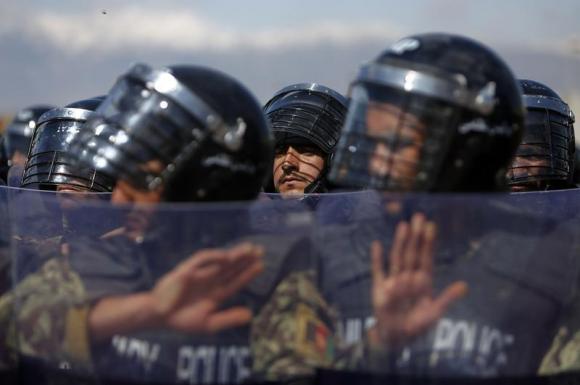 The United States wants Afghanistan to halt the release of 88 prisoners from an Afghan jail because they pose a serious threat to security, U.S. officials said on Wednesday, adding to strains between the two sides.

The United States only recently transferred the prison at Bagram to Afghan control after it had become a serious source of tension with the government in Afghanistanwhich is fighting a Taliban-led insurgency.

Relations with Afghanistan have grown particularly strained over President Hamid Karzai's refusal to sign a bilateral security deal that would keep around 8,000 U.S. troops in the country after 2014, when most foreign forces are due to leave.

A U.S. army official said the release of the 88 contravened a presidential decree to complete investigations at the prison and prosecute individuals when required.

"The Afghan Review Board has exceeded its mandate and ordered the release of a number of dangerous individuals who are legitimate threats and for whom there is strong evidence supporting prosecution or further investigation," said Colonel Dave Lapan, a spokesman for U.S. forces in Afghanistan.

The United States long resisted handing over the facility - because it feared individuals it considered dangerous would be released - but ultimately reached a deal with the Afghan government in early 2013.

About 40 percent of the prisoners were directly responsible for wounding or killing 57 Afghan civilians and security forces, and 30 percent had participated in direct attacks that killed or wounded 60 U.S. and coalition troops, a U.S. official said.

The head of the Afghan commission charged with reviewing the cases denied that the 88 posed a threat.

"In many cases, detainees were wrongly linked to certain incidents they were not involved in," said Abdul Shakor Dadras.

The planned release will however alarm many senior Afghan security sources, who often see released prisoners return to the battlefield.

The bilateral security deal has to be signed for the United States and its allies to provide billions more dollars in aid.

Without a deal, the United States could pull all of its troops out, the so-called zero option, leaving Afghan forces to battle the Taliban on their own.

Karzai however has said the deal can wait until after presidential elections, scheduled for April, and that the "zero option" is an empty threat.