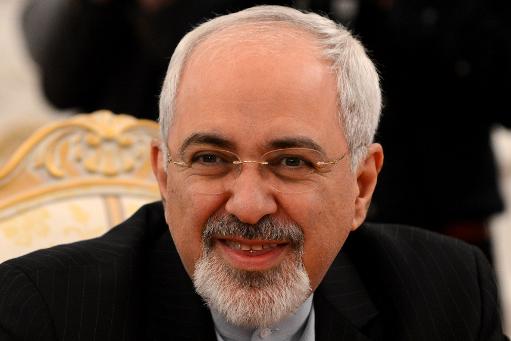 Iran nuclear deal comes into force as US sanctions loom

VIENNA – Iran is due Monday to unplug key nuclear equipment for six months in return for a slight easing of crippling Western sanctions, as an interim deal between Tehran and world powers takes effect.

This starts the clock on negotiating a trickier long-term accord aimed at ending the Iran nuclear standoff and averting war once and for all, a process threatened however by possible new US sanctions.

Iran's Foreign Minister Mohammad Javad Zarif said Sunday he hoped for "positive results for the country, as well as regional and global peace and security".

UN inspectors from the International Atomic Energy Agency arrived in Tehran on Saturday standing ready to report back first thing Monday morning from sites around Iran that the freeze has begun.

On day one, Iran has to halt the enrichment of uranium to medium levels – close to weapons-grade – and to begin diluting half of its stockpile of this material.

If the IAEA gives the thumbs-up, in Brussels EU foreign ministers will adopt legislation loosening sanctions on items like auto parts and gold, followed later in the day by a similar move in Washington.

Over the next six months Iran will also not install or switch on new nuclear machines and will grant the IAEA more access, including daily visits to the Fordo and Natanz enrichment facilities.

The total sanctions relief – staggered over the six months – is worth some $6-7 billion, including $4.2 billion in frozen overseas assets. The first $550 million instalment is due February 1.

But the core sanctions will still bite. Over the next half-year alone, Iran will miss out on $30 billion in oil revenues, the White House says. Most of Iran's $100 billion in foreign exchange holdings remains off-limits.

Iran and the P5+1 – the US, China, Russia, Britain, France and Germany – will soon begin talks on a long-term comprehensive accord.

According to Mark Fitzpatrick, a former US State Department official now at the International Institute for Strategic Studies, the powers will want Iran to slash the number of centrifuges to 3,000-4,000 from the current 19,000.

In addition Iran will have to mothball Fordo; change the Arak reactor under construction so that it cannot produce weapons-grade plutonium; and cut the stockpile of low-enriched uranium to less than a bomb's worth, Fitzpatrick told AFP.

This, coupled with tighter inspections, would not remove entirely Iran's capability to make nuclear weapons – it denies this is its aim – but it would make it considerably more difficult. According to US President Barack Obama it would be "impossible".

But getting November's interim deal was hard enough – reportedly helped by secret US-Iran talks in Oman and elsewhere – and neither the powers nor Iran are under any illusions about the difficulty of securing a long-term agreement.

Obama said in December he saw the chances at "50-50" – a "highly optimistic" assessment, Fitzpatrick believes – while Iranian counterpart, the relative moderate Hassan Rouhani, has warned it will be a "long journey".

Even if they do get a deal, the terms may be too tough for hardliners in Iran and too lax for their opposite numbers in the United States, and for Iran's arch enemy Israel, the Middle East's sole if undeclared nuclear power.

Threatening to scupper the process is a push by US lawmakers – including some from Obama's own party – to slap new sanctions on the Islamic republic, even though this would contravene the November deal.

The pro-sanctions camp believe it has at least 59 votes in the Senate and a healthy majority in the House of Representatives and could be approaching the two-thirds majority needed to override the veto Obama has promised.

This would "send the message to Tehran that the United States is unable to hold up its end of the bargain," Kelsey Davenport from the Arms Control Association told AFP, "likely derailing the initial deal and jeopardizing negotiations on the comprehensive agreement."