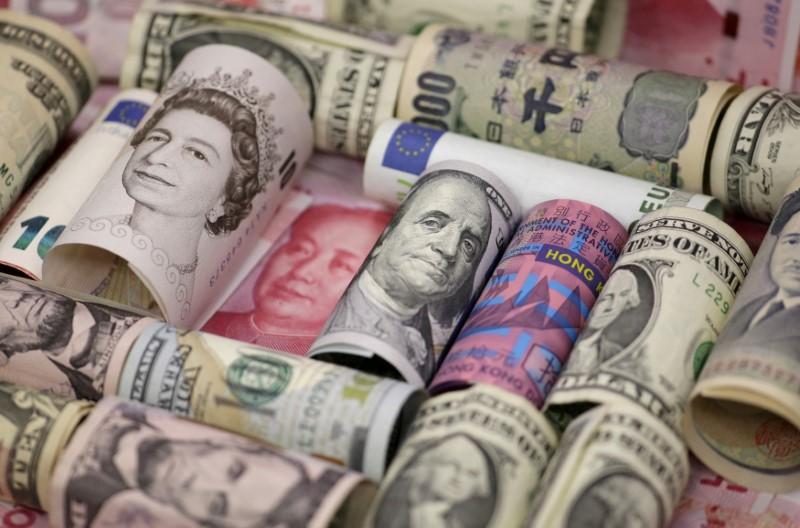 LONDON -- The Chinese yuan skidded toward an 11-month low and the Australian dollar fell on Wednesday after the Trump administration threatened 10 percent tariffs on $200 billion worth of Chinese imports in an escalating trade conflict.

The most traded currencies, the U.S. dollar and euro, were largely unmoved though the single currency was the weaker while the safe-haven Japanese yen remained flat, reflecting limited reaction in broader currency markets.

Traders instead focused their attention on where a ratcheting of Sino-U.S. trade tensions will likely hit fastest - in China and in Asia where countries like Australia depend on Chinese demand for their exports.

Asian equities also sold off, bringing a recent rally in markets as investors focused on the relative strength of the global economy to a halt.

The news of more possible tariffs comes days after Washington imposed 25 percent tariffs on $34 billion of Chinese imports, and Beijing responded immediately with matching tariffs on the same amount of U.S. exports to China.

“The recent recovery on the markets came to an abrupt end this morning. Investors are going to be waiting for a reaction from Beijing once again,” said Commerzbank analysts.

They said it remained a matter of debate whether the biggest impact of more tariffs would be felt in China or the United States, describing the implications for the dollar “difficult to gauge” as weaker growth may coincide with higher inflation.

The yen had strengthened in earlier Asian trading but fell back and was flat versus the dollar at 111.03 yen. The dollar had hit a seven-week high of 111.355 yen on Tuesday.

“Because Trump talked about the $500 billion figure, it was not a complete surprise. Yet markets will inevitably react to these types of news headlines,” said Kyosuke Suzuki, director of forex at Societe Generale.

Sterling settled at $1.3272, flat on the day, as news that Prime Minister Theresa May had the support of senior ministers calmed markets after big resignations earlier this week.

The Canadian dollar weakened 0.2 percent to C$1.3137 ahead of an expected interest rate hike by the Bank of Canada. Traders will be scanning the central bank's comments for the outlook on inflation and monetary policy.