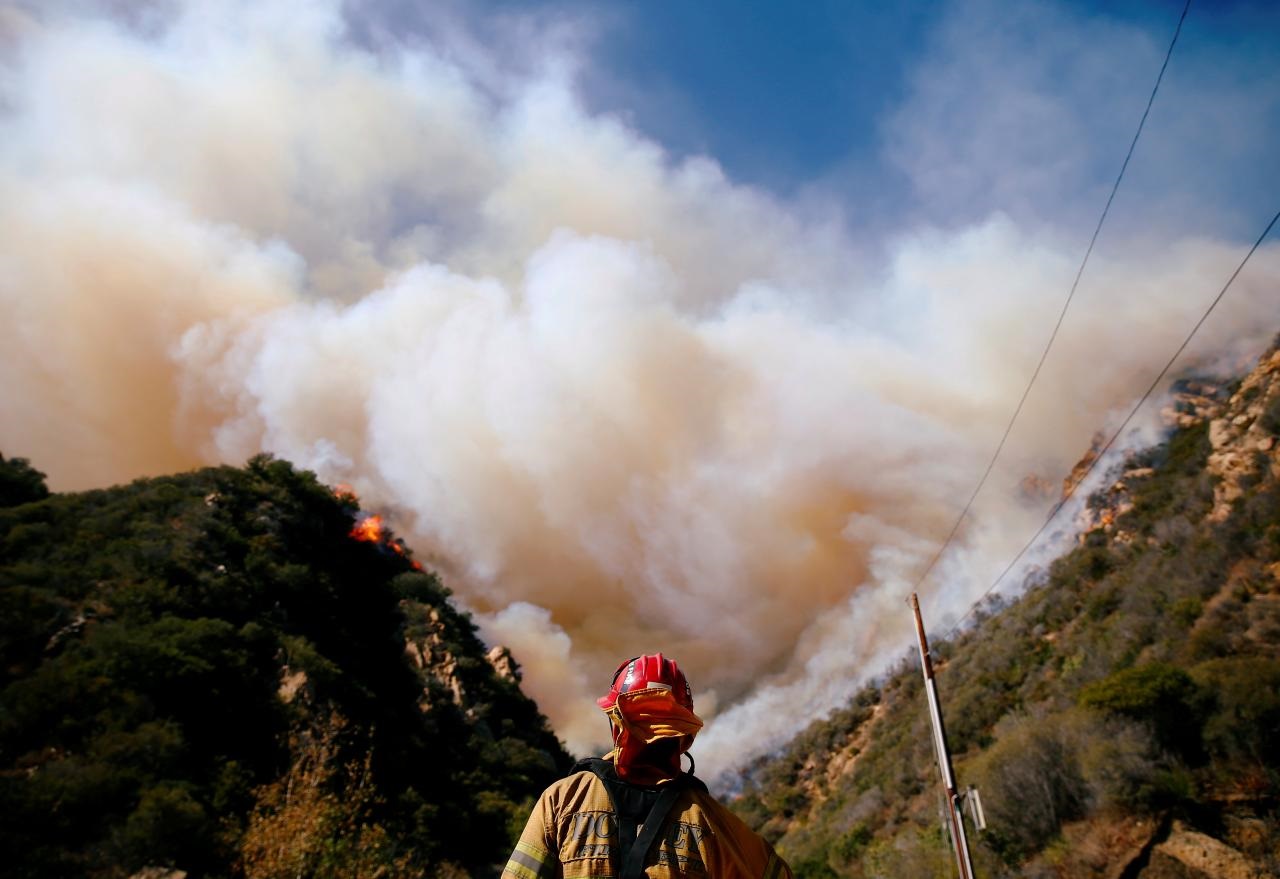 Paradise, California had long prepared for wildfires but only in its worst nightmares did it imagine the kind of “megafire” that last week destroyed most of the town and is becoming a common occurrence in the state.

Born of tinder dry conditions and erratic winds, the “Camp Fire” was the latest California megafire, a huge blaze that burns more intensely and quickly than anything the state has experienced before.

In recent years authorities in California have reported an increase in such large, explosive and swiftly spreading wildfires over a virtually year-round fire season.

Four out of the five largest fires in California history have occurred in the last six years.

Paradise had not seen significant rain for 211 days, and the town, on a ridge in the foothills of the Sierra Nevada mountains, was surrounded by a potential bonfire of dry or dead trees following a five-year drought that ended in 2017.

Less rain and longer droughts are the major cause of the blazes, according to recent research by the U.S. Forest Service and University of Montana.

So too are forests choked with undergrowth, small trees and other fuel after decades of fighting fires in areas where they used to occur naturally, according to former U.S. Forest Service officials and experts.

“Our forests are really overgrown due to poor management across the West and that is largely due, ironically, to putting out too many fires,” said Michael Kodas, author of the book “Megafire - The Race to Extinguish a Deadly Epidemic of Flame.” “For a century we’ve had a zero tolerance towards wildfires.”

The cost in lives and property from megafires is growing as more Americans build homes in or around forests and woodlands. This area known as the wildland urban interface (WUI) is the fastest growing land-use type in the contiguous United States, according to a recent study by the University of Nevada and the University of Pittsburgh.

“Despite wildfire being present, we’ve seen an astronomical level of housing development in the WUI,” said University of Nevada assistant professor Shawn McCoy, whose study examined the tendency of people to buy homes in areas that had previously suffered wildfires.

After a wildfire destroyed 87 homes in Paradise in 2008, the town of 27,000 put evacuation plans in place and fined homeowners if they did not clear brush and prune trees to reduce fire risk.

But all it took was some kind of spark on Camp Creek Road, west of Paradise, and “El Diablo” fall winds gusting up to 50 mph (80 kph), to unleash the most destructive and deadly wildfire in California history.

As the blaze roared west, devouring nearly 6,500 homes, it created its own fire whirlwinds or “firenados,” incinerating an area equivalent to 80 American football fields (100 acres) per minute.

Former U.S. Forest Service officials such as Jerry Williams say too much emphasis is put on fighting fires instead of thinning forests to minimize their impact.

“Every year we set a new record, we invest more in suppression, invest less in mitigation and wonder why we’re not getting on top of it,” Williams, a former director of fire and aviation for the U.S. Forest Service, said in an interview.