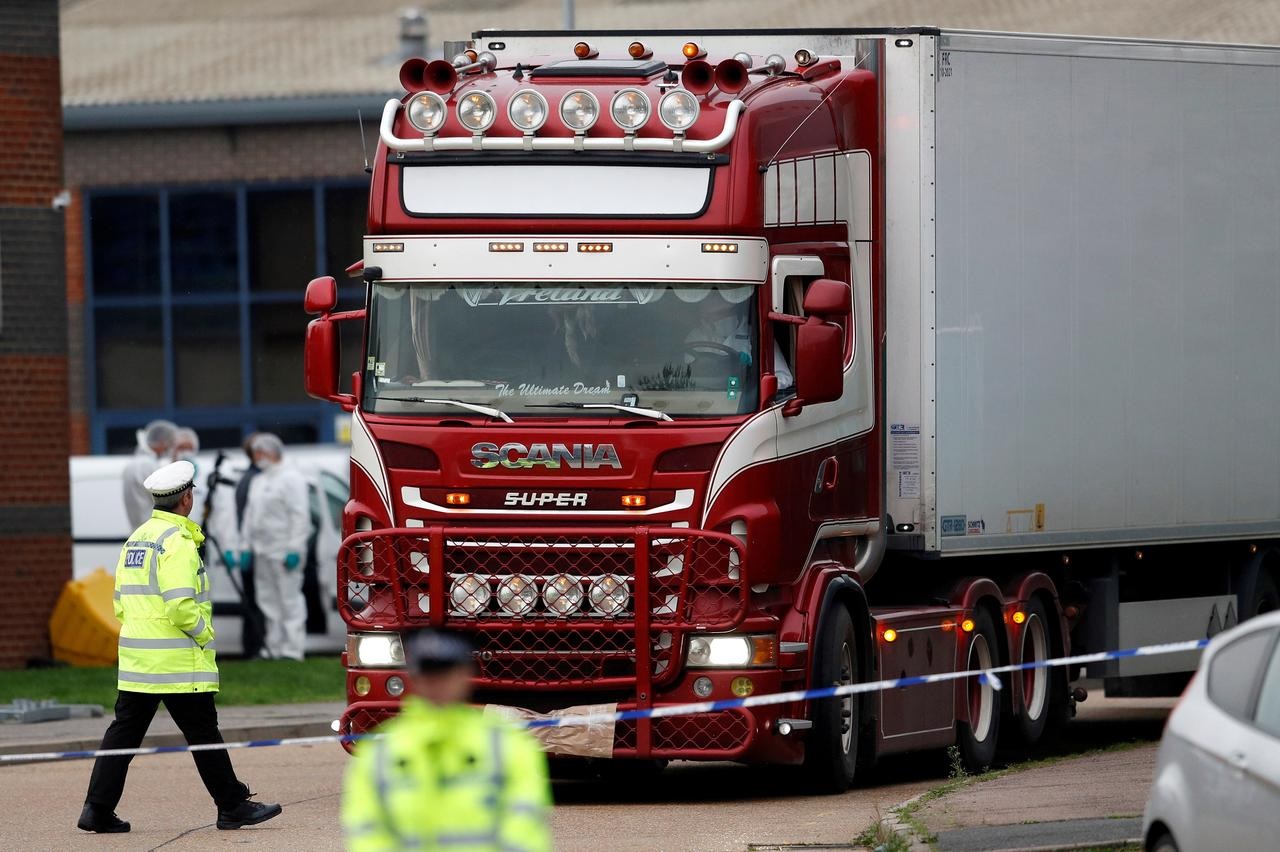 A man facing extradition to Britain over the deaths of 39 Vietnamese migrants in a lorry container last year “organized” drivers in the trafficking operation, an Irish court heard Friday.

Ronan Hughes faces extradition to Britain over the human smuggling case, which saw 31 men and eight women from Vietnam discovered dead in a truck in an industrial zone in Grays, east of London, in October last year.

The container had recently arrived in England on a ferry from the Belgian port of Zeebrugge and British authorities have charged numerous truck drivers in a sprawling investigation.

"It is alleged the respondent organized and controlled the drivers," state counsel Ronan Kennedy told Dublin's Criminal Courts of Justice on Friday.

Irish police arrested 40-year-old Hughes in April following a European arrest warrant for 39 counts of manslaughter and one count of conspiracy to commit unlawful immigration.

Hughes — an Irish resident who also goes by the first name Rowan — appeared from custody by video link wearing a grey tracksuit.

He did not speak as his counsel outlined objections to the warrant, contesting the matter of jurisdiction and legal territory in the alleged international conspiracy.

"The court should not engage in fanciful debate," Kennedy told judge Paul Burns.

The case was adjourned until June 12 with Hughes to remain in custody.