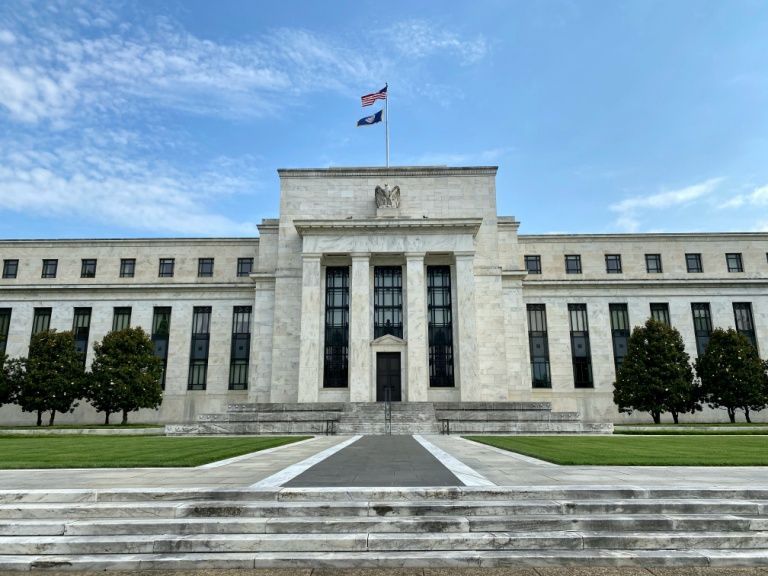 Federal Reserve convenes as virus puts US recovery on edge

Washington -- The Federal Reserve meets next week amid mixed signals on the health of the US economy, with some sectors bouncing back from the coronavirus-caused downturn and others struggling.

Retail and new home sales were among those showing growth over the last two months but the Labor Department said last week new claims for unemployment benefits had increased week-on-week after months of declines.

Analysts say the mixed indicators won't be enough to get the rate-setting Federal Open Market Committee (FOMC) to change course, particularly not after it cut the benchmark lending rate to 0-0.25 percent in March as the pandemic hit.

"We don't expect much to come out of this particular meeting," said Jonathan Millar, deputy chief US economist at Barclays Investment Bank.

The two-day meeting beginning Tuesday comes as cases of coronavirus surge again, particularly in the southern and western United States, raising fears that the world's largest economy is set for a prolonged downturn.

The Fed has offered trillions of dollars of liquidity to keep markets moving amid surging unemployment and sharp drops in activity, while warning in its "beige book" survey released earlier this month of a "highly uncertain" outlook.

The central bankers will convene via teleconference as lawmakers in Washington negotiate over whether to extend parts of the $2.2 trillion CARES Act rescue package passed in March to blunt the pandemic-driven downturn.

The most recent Labor Department report on weekly unemployment claims was seized on by both Democrats and Republicans as they negotiate over aid.

Democrats pointed to the uptick in new claims as proof aid to the jobless is needed, while Republicans said declines in the four-week moving average of claims and the insured unemployment rate were evidence people are returning to work.

Fed officials have repeatedly called for more fiscal support to get the country through the downturn.

Mickey Levy of Berenberg Capital Markets said Fed Chair Jerome Powell would likely remain vague in any comments about the economy's health at his press conference following the FOMC meeting.

"He would respond by saying the Fed is aware of the recent rise in the spreading of the pandemic and how high frequency data suggest it is adversely affecting economic activity -- and that the Fed is prepared if necessary to provide more support to the economy," Levy said.

Though inflation jumped 0.6 percent in June as gas prices rose, there are few expectations of it picking up pace since COVID-19 is continuing to hamper demand, even with interest rates low and liquidity plentiful.

Oxford Economics predicted the Fed may in fact link their movement of the lending rate to inflation.

"We believe the Fed is leaning towards stating it won't lift interest rates off the effective lower bound until inflation is sustainably at or above the 2 percent target," they said.

"We now forecast that rate lift-off will not take place until mid-2024 as inflation struggles to reach 2 percent on a sustained basis and the unemployment rate lags improvement in the overall economy."

In an interview with The Washington Post earlier this month, Dallas Federal Reserve President Robert Kaplan echoed a call from public health officials for people to wear masks to prevent transmission of the coronavirus.

Yet even as more and more businesses mandate face coverings, some Americans have rejected them as an infringement on personal freedom, meaning Powell is unlikely to weigh in on the issue, Millar said.

"I'd be surprised to see them come and make a political statement," he said.