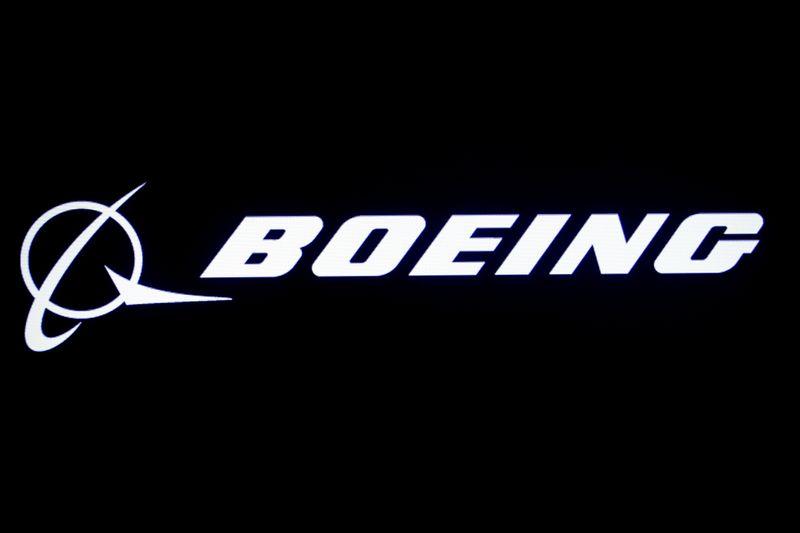 WASHINGTON/SEATTLE/CHICAGO -- Boeing Co will pay more than $2.5 billion in fines and compensation after reaching a settlement with the U.S. Department of Justice over two plane crashes that killed a total of 346 people and led to the grounding of its 737 MAX jetliner.

The settlement, which allows Boeing to avoid prosecution, includes a fine of $243.6 million, compensation to airlines of $1.77 billion and a $500 million crash-victim fund over fraud conspiracy charges related to the plane’s flawed design.

Boeing said it would take a $743.6 million charge against its fourth-quarter 2020 earnings to reflect the deferred prosecution agreement, a form of corporate plea bargain.

Boeing had put aside reserves of $1.77 billion in prior quarters to provide for compensation to airlines.

The Justice Department deal, announced after the market close on Thursday, caps a 21-month investigation into the design and development of the 737 MAX following the two crashes, in Indonesia and Ethiopia in 2018 and 2019, respectively.

The crashes “exposed fraudulent and deceptive conduct by employees of one of the world’s leading commercial airplane manufacturers,” acting Assistant Attorney General David Burns said in a statement accompanying the agreement.

“Boeing’s employees chose the path of profit over candor by concealing material information from the FAA concerning the operation of its 737 MAX airplane and engaging in an effort to cover up their deception,” Burns said, referring to the Federal Aviation Administration.

The crashes triggered a hailstorm of investigations, frayed U.S. leadership in global aviation and have cost Boeing some $20 billion.

Plaintiffs lawyers representing families of victims of the Ethiopian Airlines crash said the settlement strengthens civil litigation against Boeing in Chicago, where the company is headquartered.

Boeing has already settled most lawsuits related to the Lion Air disaster in Indonesia.

Because of the crashes, the U.S. Congress in December passed legislation reforming how the FAA certifies new airplanes.

The 737 MAX was grounded in March 2019, and the grounding was not lifted until November 2020, after Boeing made significant safety upgrades and improvements in pilot training.

Boeing, the largest U.S. airplane manufacturer, was charged with one count of conspiracy to defraud the United States. I

t faces a three-year deferred prosecution agreement, with the charge dismissed if it complies.

DPAs are corporate plea bargains that typically allow a company to avoid criminal charges that could disrupt activities such as access to public contracts, in return for a fine and admission of wrongdoing, as well as internal reforms.

Boeing admitted in court documents that two of its 737 MAX technical pilots deceived the FAA about a safety system called MCAS, which was tied to both fatal crashes.

The documents also say Boeing belatedly cooperated with the probe but only after it initially “frustrated” the investigation.

In a note to employees, Boeing Chief Executive David Calhoun said the agreement “appropriately acknowledges how we fell short of our values and expectations.”

Reuters has reported tinyurl.com/y26h5xkv that Boeing managers told engineers working on the MAX, including MCAS, their designs could not trigger more comprehensive training designations from the FAA.

The deferred prosecution agreement says one employee wrote another in 2014 that if the FAA required higher-level training it would “cost Boeing tens of millions of dollars!”

The $243 million fine, which the Justice Department said was at “low end” of the sentencing guidelines, represents the amount of money Boeing saved by not implementing full-flight simulator training for the 737 MAX, the agreement stated.

The airline payment fund will include payments already made by Boeing to airlines, which had to cancel flights due to a shortage of aircraft.

On MCAS, Boeing disclosed changes that gave the system greater power to some FAA personnel but it did not disclose it to other FAA key personnel responsible for determining pilot training, the agreement said.

“The purpose of the conspiracy was to defraud the FAA (Aircraft Evaluation Group) ... in order to bring about a financial gain to Boeing,” it said.

But the Justice Department stopped short of requiring an independent compliance monitor because “the misconduct was neither pervasive across the organization, nor undertaken by a large number of employees, nor facilitated by senior management.”

The agreement also cited remedial steps Boeing had taken since the crashes, such as firing its previous chief executive in late 2019 and adding a permanent safety committee at the board level.

The deal comes almost exactly a year after European rival Airbus agreed a record $4 billion settlement with France, Britain and the United States over allegations of bribery, fraud and corruption.

Together, the Boeing 737 MAX safety scandal and the probe into the use of middlemen at Airbus represent the worst crises to hit the world’s largest planemakers in decades and have left both rivals facing new compliance obligations.

Under Thursday’s agreement, Boeing agreed to adopt a new compliance program, or to modify its existing one, to ensure it maintains an effective compliance program and system of internal controls to root out fraud.

“This settlement is protection for Boeing rather than justice, as it is a continuation of Boeing evading accountability and transparency,” said Michael Stumo, whose daughter died in the MAX crash in Ethiopia.