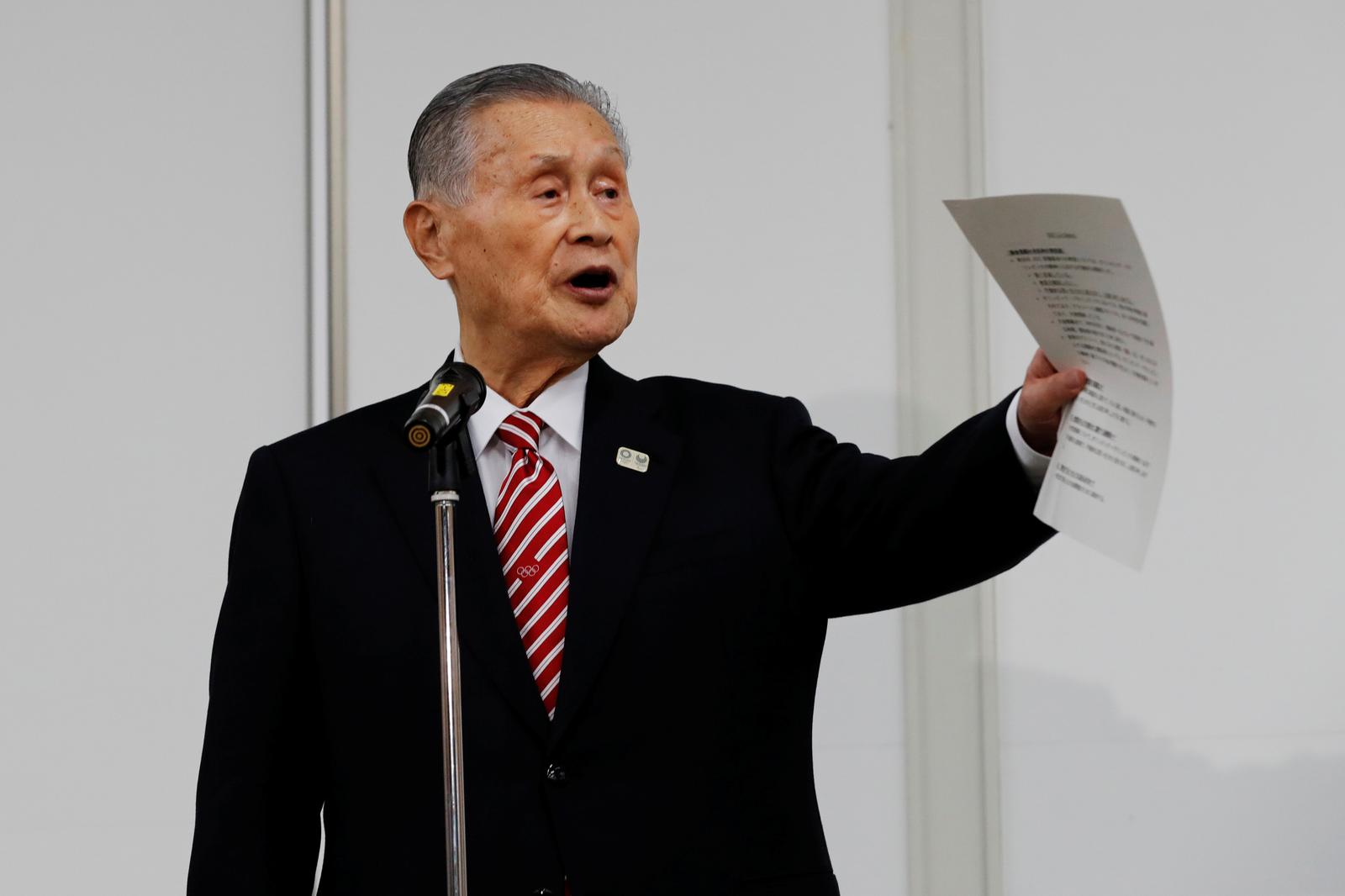 Tokyo Governor Yuriko Koike said on Friday the Olympic Games were facing a “major issue” after the head of the organising committee made sexist remarks, as criticism of his comments showed no sign of abating.

Yoshiro Mori, 83, set off a firestorm on social media both at home and abroad this week by saying that women talked too much, in remarks made in a meeting with the Japan Olympic Committee (JOC). He later retracted the comments and apologised but refused to resign.

The row is casting an additional shadow over the Tokyo Games, postponed for a year due to the coronavirus pandemic, especially with less than half a year left before the opening ceremony.

The International Olympic Committee (IOC) said on Thursday Mori’s apology had settled the issue, but criticism of Mori, a former Japanese prime minister, continued on Friday.

“The mission of the metropolis and the organising committee is to prepare for a safe and secure Games, and we are facing a major issue,” Koike said.

“I myself was struck speechless by his comments, which should not have been made.”

Later, she said Mori had called and apologised directly.

She sidestepped questions about whether she thought he was qualified for the job.

“The IOC is a big organisation that is steeped in history and requires a lot of negotiating, and in that sense, the question of who is qualified for the top job is one that requires a decision by the Tokyo 2020 organising committee,” she said.

Anger over Mori’s comments is likely to further alienate a Japanese public wary of the government’s attempts to hold the Games during the pandemic. Nearly 80 percent of the public opposes holding the Games in July, according to the most recent poll.

Yasuhiro Yamashita, head of the JOC, said Mori’s comments went against the Olympic spirit and were inappropriate, a view cabinet ministers echoed.

Angry and frustrated Japanese athletes, activists and ordinary women see Mori’s remarks as a clear signal that gender equality in Japanese sports, and society as a whole, remains a distant dream.

“This is the reality of what women in Japan are facing every day. Old guys with outdated mindsets continue to hold power and are making decisions,” said a female staffer at the Tokyo 2020 Organizing Committee, who declined to be identified because she was not authorized to speak to the media.

“Unfortunately in this country, social pressure prohibits women from speaking out about inequality - which makes yesterday’s sexism row even more significant for Japan.”

Japan persistently trails its peers on promoting gender equality, ranking 121 out of 153 nations surveyed in the 2020 global gender gap report of the World Economic Forum.

“I felt anger for the first time in a while,” pro soccer player Shiho Shimoyamada said in a tweet.

“It’s absolutely meaningless to retract remarks already out in the open. Unless you actually acknowledge prejudice and take steps against it, the same thing will just happen again.

Momoko Nojo, the head of a group aiming to educate young people about politics, said the desire to make the anger of ordinary citizens clear to Mori and the people around him led her and other activists to launch a petition on Change.org.

“So many people around me on Twitter and so on were angry, but I felt that unless these voices were made visible, the fact that so many people are upset would never get across to them,” she told Reuters.

By Friday night, their petition - “Looking into ‘Dealing with Mori’ and Preventing Recurrences,” launched on Thursday night - had gained nearly 68,000 signatures.