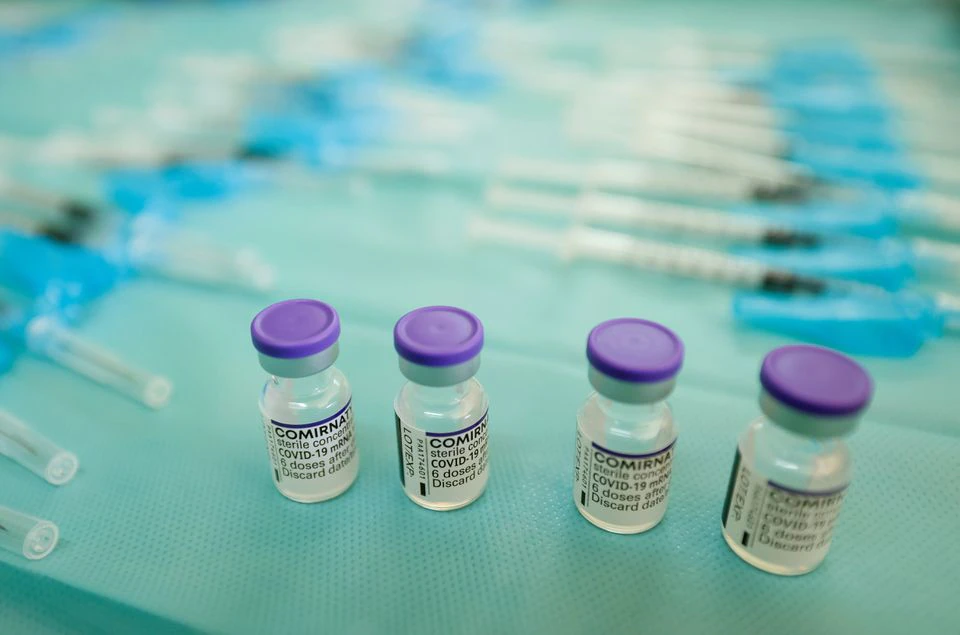 Japan has struck a deal with Pfizer Inc to be supplied with another 120 million COVID-19 vaccine doses from January 2022, its health ministry said on Friday.

Japan kicked off its inoculation effort in February using imported doses of the shot developed by Pfizer and BioNTech SE. The country arranged to buy about 194 million doses in 2020, or enough for 97 million people.

After a late start, about 63% of Japan's population is now fully vaccinated, exceeding the level in the United States.

But the country is now trying to secure additional supplies for booster shots, amid concerns the effectiveness of the shots will diminish over time or if new variants emerge.

Takeda Pharmaceutical Co is handling the import and distribution of some 50 million doses of Moderna Inc's vaccine this year and 50 million more next year.

The company has also contracted to sell 150 million doses of the vaccine it will produce using Novavax Inc's formula to the Japanese government next year.