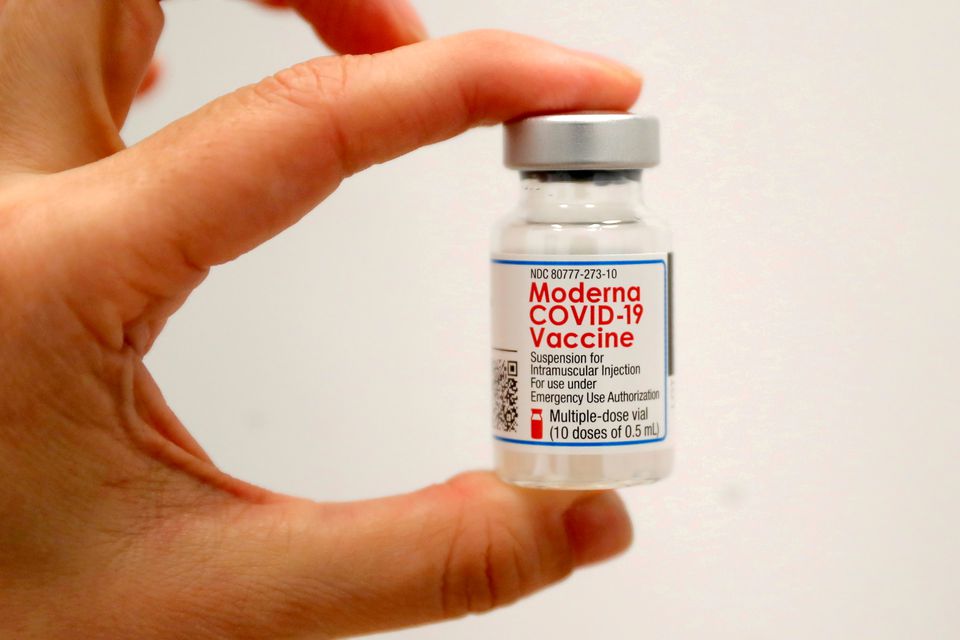 A panel of expert advisers to the U.S. Food and Drug Administration unanimously voted on Thursday to recommend booster shots of Moderna Inc's COVID-19 vaccine for Americans aged 65 and older and those at high risk of severe illness or occupational exposure to the virus.

If the FDA signs off on Moderna's booster, the U.S. Centers for Disease Control and Prevention will make specific recommendations on who should get the shots. CDC advisers are scheduled to meet next week.

The FDA's Vaccines and Related Biological Products Advisory Committee met on Thursday to consider the additional dose of the Moderna vaccine and will weigh whether to make a similar recommendation for Johnson & Johnson's vaccine on Friday. The vote to back Moderna's booster was 19-0.

"The data itself is not strong, but it is certainly going in the direction that is supportable of this vote," said Dr. Patrick Moore of the University of Pittsburgh School of Medicine. Moore said he voted in favor of Moderna boosters based largely on a "gut feeling rather than truly serious data."

FDA staff in documents posted on Tuesday said data for Moderna's vaccine showed that the booster does increase protective antibodies.

But they also said the difference in antibody levels before and after the shot was not wide enough by one measure of success specified by the FDA, particularly in those whose antibody levels had remained high.

Moderna is seeking authorization of a booster that contains 50 micrograms of vaccine, half of strength of its regular dose but still higher than the Pfizer/BioNTech shot using similar technology at 30 micrograms.

The booster would be administered to people at least six months after the initial two-shot inoculation.

U.S. health officials have been under pressure to authorize COVID-19 vaccine booster doses after the White House announced in August it planned a widespread booster campaign pending approvals from the FDA and the CDC.

Both agencies signed off on Pfizer/BioNTech boosters for certain high-risk adults last month. Since then, nearly 9 million people have received a third shot, the CDC reported on Wednesday.

The panel heard presentations from Israeli health officials that boosters of the Pfizer/BioNTech vaccine helped curb the latest wave of infections in their country.

In the presentation on Thursday, they said the booster program in Israel improved severe disease protection in people aged 40 and older.

"What we're seeing is a break in the epidemic curve in Israel," said Dr. Sharon Alroy-Preis, director of public health services at the Ministry of Health in Israel.

She said the booster program, which now includes 50% of the population among all age groups, is starting to reduce infections even among the unvaccinated in Israel.

Dr. Ofer Levy, a vaccine expert at Boston Children's Hospital and a panel member, noted that the United States and Israel are different populations and that the vaccine Israel used is different although similar to the Moderna shot.

Dr. Hayley Gans, a Stanford University Medical Center pediatrician and panel member, asked whether Israel's health ministry could tell how much of the country's waning Delta wave was attributable to the booster program and how much might have occurred without them.

"There is no question in my mind" that booster shots were responsible for the change in Israel's epidemic curve, Alroy-Preis responded.