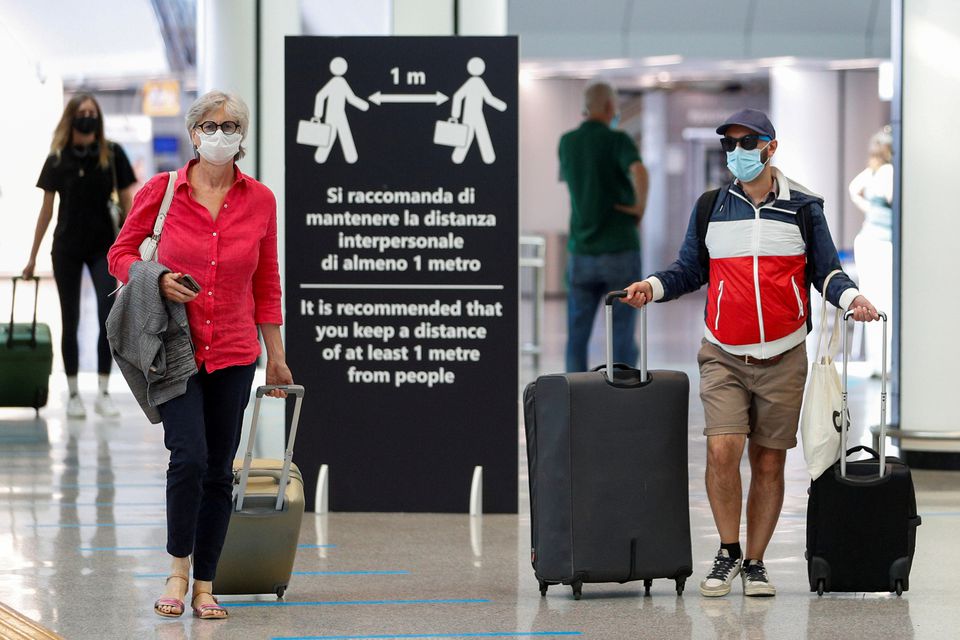 BRUSSELS -- European Union states have agreed to suspend travel from southern Africa after the detection of a new COVID-19 variant, the presidency of the EU said on Friday.

A committee of health experts from all 27 EU states "agreed on the need to activate the emergency break & impose temporary restriction on all travel into EU from southern Africa", the Slovenian presidency of the EU said on Twitter.

An EU official said that EU governments have also been asked to discourage travel to those countries.

Each of the 27 EU country is free to apply the new measures when it prefers. Some are already applying restrictions.

EU officials said that no decision had yet been made on other countries in other parts of the world where cases were detected, which include Hong Kong, Israel and Belgium, an EU country.

The new coronavirus variant, first detected in South Africa, has caused global alarm as researchers seek to find out if it is vaccine-resistant.

Marc Van Ranst, the virologist who detected the new variant in Belgium, told Reuters that it was more likely that the infected woman had contracted the variant in Belgium rather than while travelling outside Europe.

She had been in Egypt earlier in November, but developed symptoms only 11 days after her return to Belgium.

She is not vaccinated.

Switzerland imposed on Friday a requirement of 10-day quarantine and a negative test for travellers from Belgium, Israel and Hong Kong, in addition to travel bans on southern African countries.