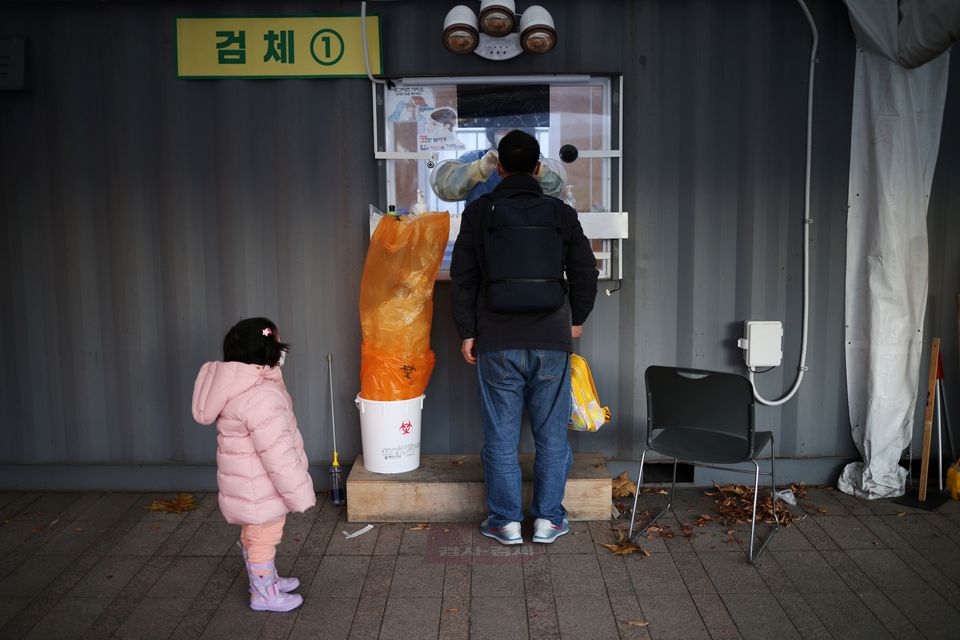 SEOUL -- South Korea reported a record daily 5,352 new COVID-19 infections and 70 deaths, while a nationwide total of nine cases of the Omicron variant have been confirmed, the Korea Disease Control and Prevention Agency (KDCA) said on Saturday.

The government on Friday announced that people visiting restaurants, cinemas and other public spaces will have to show vaccine passes. It is also reducing the limit on private gatherings to six people in the greater Seoul area, from 10 currently, and to eight from 12 for those residing outside of the capital, starting next Monday.

The hospitalisation rate was rising rapidly led by severe cases of COVID-19, with the number of serious and critical patients at 752 as of Friday, KDCA said.

South Korea has also confirmed three additional Omicron cases, bringing the total to nine after a fully vaccinated couple tested positive for the variant after travelling from Nigeria last week.

To fend off the new variant, authorities on Friday announced a 10-day mandatory quarantine requirement for all inbound travellers for two weeks, halting exemptions given earlier to fully vaccinated people.

South Korea has been battling the worst wave of infections since July, when the daily cases stood below 2,000 until the government switched to "living with COVID-19". The cases hit 5,000s for the first time this week, putting a strain on the healthcare system.

The country, which has fully inoculated 91.7% of its adult population, has so far reported a total of 467,907 COVID-19 infections, with 3,809 deaths since the start of the pandemic.