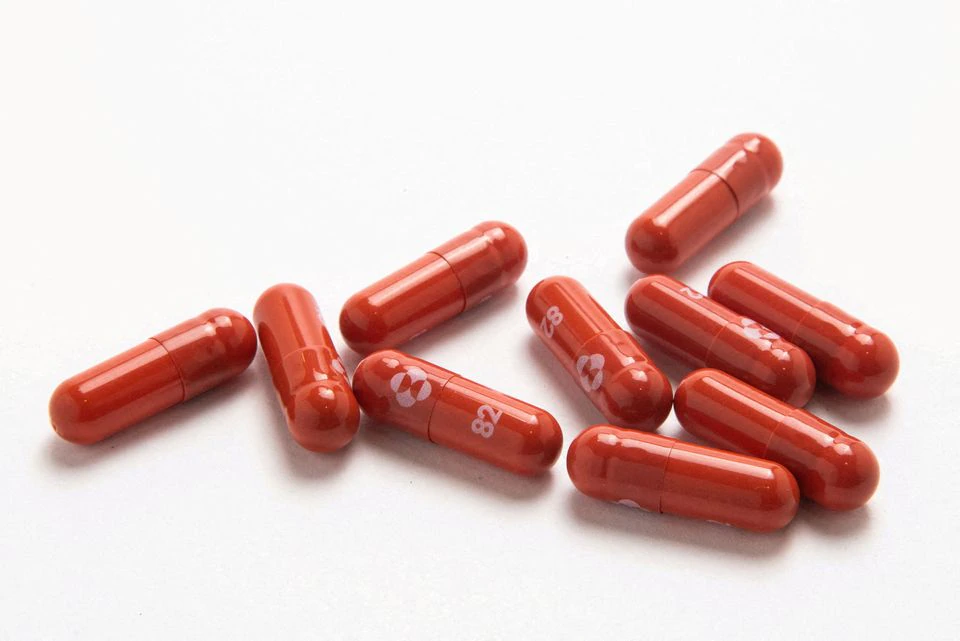 The U.S. on Thursday authorized Merck & Co's antiviral pill for COVID-19 for certain high-risk adult patients, a day after giving a broader go-ahead to a similar but more effective treatment from Pfizer Inc.

The U.S. Food and Drug Administration said Merck's drug could be used when other authorized treatments are not accessible or clinically appropriate.

The drug, molnupiravir, was developed with Ridgeback Biotherapeutics and shown to reduce hospitalizations and deaths by around 30% in a clinical trial of high-risk individuals early in the course of the illness.

The authorization allows use of the drug for mild-to-moderate COVID-19 and along with the Pfizer pill, could be an important tool against the fast-spreading Omicron variant, which is now dominant in the United States.

Pfizer's drug, Paxlovid, was authorized on Wednesday for people aged 12 and older and has shown to be nearly 90% effective in preventing hospitalizations and deaths in patients at high risk of severe illness, according to trial data.

The FDA says some patients should avoid Pfizer's two-drug regimen because it includes an older antiviral called ritonavir that is known to have interactions with some other prescription medicines. It is also not recommended for people with severe kidney issues.

Availability of other treatments is the first consideration for doctors thinking of prescribing Merck's treatment, according to Patrizia Cavazzoni, the director of FDA's Center for Drug Evaluation and Research.

The FDA has authorized intravenous treatments, mostly for hospital use, called monoclonal antibodies but availability is limited and efficacy against the Omicron variant is lower.

FDA official John Farley said during a press briefing that GlaxoSmithKline's and Vir Biotech's antibody drug - which has been shown to work against Omicron - is expected to be in short supply this winter.

Merck said that its treatment had advantages over the Pfizer pill.

"It doesn't require any second drug to boost its efficacy, and you can give it in a variety of special patient populations, including people who have significant issues with liver function or kidney function," Nick Kartsonis, Merck's senior vice president of clinical research for vaccines and infectious diseases, told Reuters.

"This approval comes at the right time since more COVID-19 treatments are needed to supplement the vaccination effort, especially in light of variants of concern," said Cantor Fitzgerald analyst Louise Chen.

Nearly 62% of people in the United States are fully vaccinated, leaving many Americans unprotected against a wave of Omicron infections. Two doses of the highly successful vaccine from Pfizer Inc and BioNTech SE are only somewhat protective against infection with the Omicron variant while a third dose improves the immune response.

Merck's and Pfizer's antiviral both work by preventing the virus from replicating. Merck's pill does so by introducing errors into the genetic code of the virus.

Some of the FDA's experts have said that could lead to more troublesome variants.

There have also been some safety concerns around the drug because it may affect bone cartilage and growth.

Due to that reason, Merck's drug is not authorized for use in patients younger than 18, the FDA said. The pill is not recommended for use during pregnancy, the agency added.

The agency advised that men of reproductive potential use a reliable method of birth control during treatment with molnupiravir, and for at least three months after the final dose.

The drug is meant to be taken twice a day - four pills each time - for five days, making a full treatment course 40 pills. The treatment was priced at about $700 per course in a deal with the U.S. government for up to 5 million courses.

Merck has said molnupiravir, which helps prevent the virus from replicating, should be effective against any variant, including the new Omicron variant.