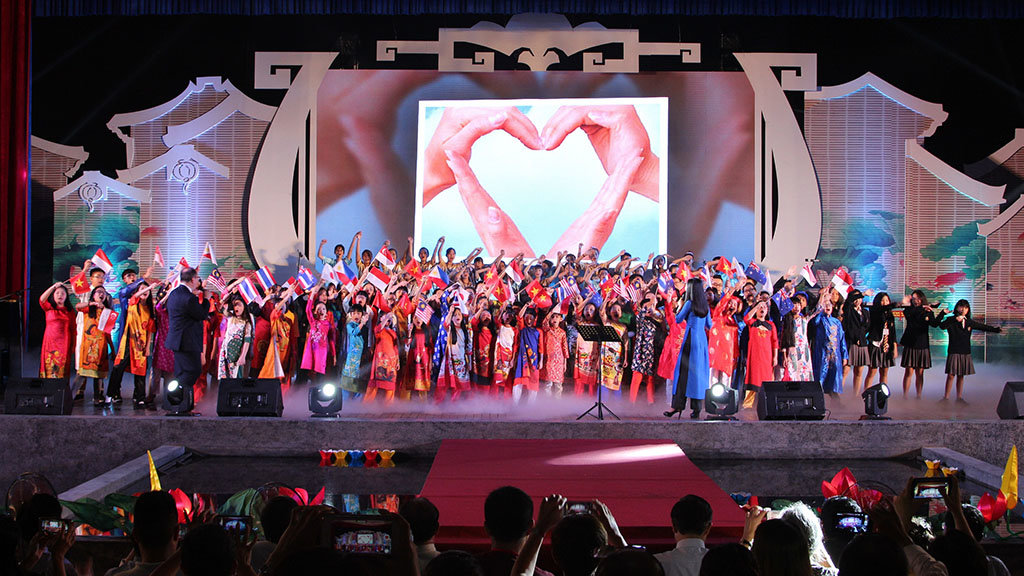 Over 1,000 int’l artists join choir competition in Hoi An

Over 1,000 artists from ten countries gathered in central Vietnam on Wednesday for the opening ceremony of the Fifth Vietnam International Choir Competition.

The four-day event is being held in Hoi An Ancient Town, located in Quang Nam Province, a UNESCO-recognized World Heritage Site since 1999 known amongst tourists for being an exceptionally well-preserved ancient Southeast Asian trading port.

The competition was first held in 2010 and since 2011 has been co-organized biennially in the coastal Vietnamese town by German musical event organizer Interkultur and the People’s Committee of Hoi An City.

Thirty-four choirs from Australia, China, Indonesia, Japan, Malaysia, the Philippines, Russia, Thailand, Singapore, and Vietnam gathered in Hoi An Ancient Town on Wednesday to participate in the competition’s opening night.

The choirs took turns in performing unique choral pieces and enthralling the audience with traditional costumes from their respective countries.

On Friday, each choir will perform during a friendship concert following the theme ‘International Melody’.

The international artists will also parade through the city on Saturday to bid farewell to locals and close the competition.

A performance by a choir from the Philippines. Photo: Tuoi Tre

A performance by a choir from the Philippines. Photo: Tuoi Tre