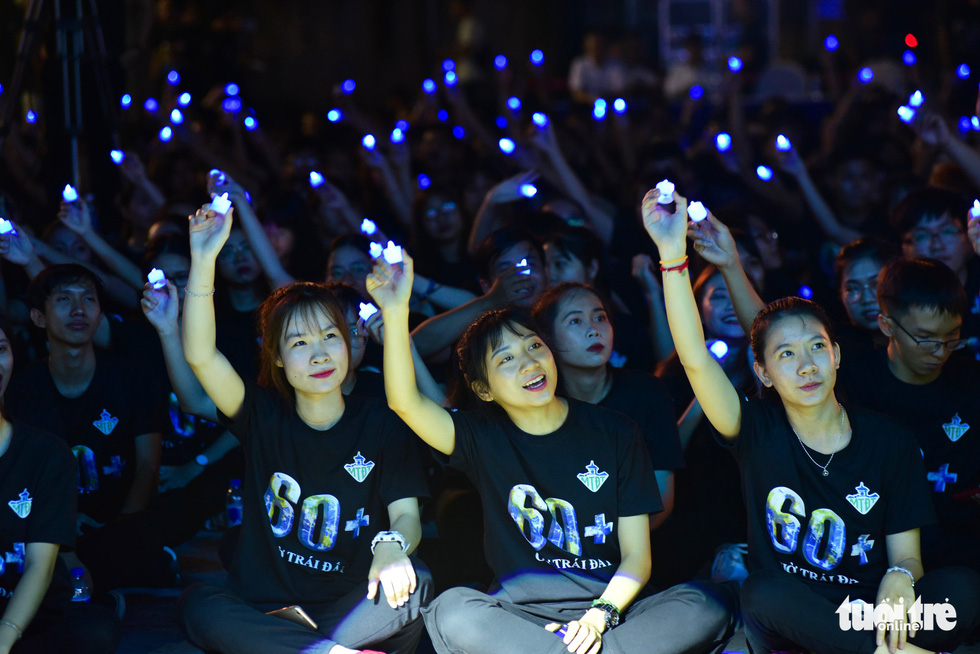 The 2019 Earth Hour campaign, themed ‘Save Energy, Save Earth,’ was marked in Hanoi and Ho Chi Minh City at 8:30 pm on Saturday.

In the Vietnamese capital, the official ceremony was organized at Cach Mang Thang Tam Square with the attendance of Deputy State President Dang Thi Ngoc Thinh, the city’s leaders, representatives of embassies and international organizations, and local celebrities.

The ceremony and performances were powered by the electricity that was previously stored in multiple solar panels.

Earth Hour is a worldwide movement organized by the World Wide Fund for Nature (WWF) and is held annually to encourage people to turn off non-essential electric lights for one hour, from 8:30 to 9:30 pm on a specific day toward the end of March.

This is the 11th year Vietnam has participated in the global event.

During her speech at the ceremony, Deputy State President Thinh called on all individuals, organizations, and businesses to switch off as many electric lights and devices as they could, not only during the time of the event but also during their everyday activities.

All residents should join hands to save energy, protect the environment, and contribute to the sustainable socio-economic development of the country, the leader remarked.

Meanwhile, in Ho Chi Minh City, more than 3,000 young people participated in the event at the Youth Culture House in District 1.

The organizers previously encouraged 2,000 local businesses to take part in the event.

As part of the preparations for this year’s Earth Hour campaign, many volunteers joined hands to clean up garbage along the Nhieu Loc-Thi Nghe Canal and a wholesale market in Thu Duc District last weekend, with approximately 200 metric tons of trash being collected.