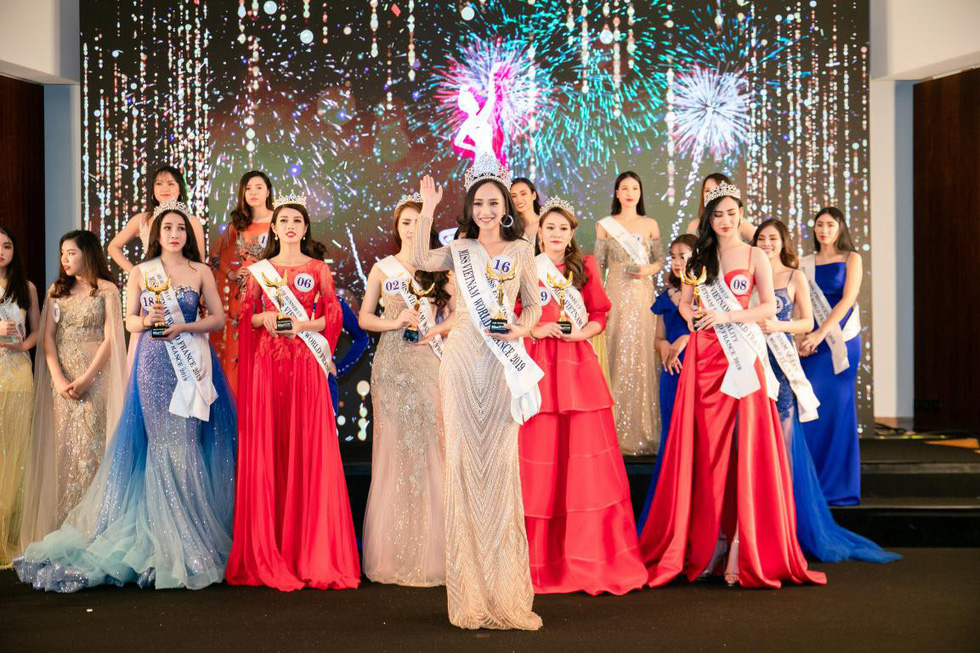 A 21-year-old girl from Hanoi was crowned Miss Vietnam World France 2019, a beauty contest for Vietnamese living in France, at the finale night in Paris on Sunday (local time).

After four months of competition, Tran Vu Huong Tra defeated 19 other contestants to win the crown worth VND1.5 billion (US$65,000).

From the early stages of the contest, Tra impressed judges with her amiable facial expression, an impressive height of 172 centimeters, and her body measurements of 90 – 62 – 95, which are considered to match international beauty standards.

The beauty queen wowed the audience in all three rounds including ao dai (Vietnam's traditional dress), bikini, and ball-gown during Sunday’s finale, themed “The City of Lights,” at the Hotel Arts Et Méties theater.

Tra is now a freelance model and teaches at an academy that trains young models in Hanoi, according to information on her Facebook page.

Miss Vietnam World is a beauty contest for both Vietnamese women in Vietnam and Vietnamese beauties in other countries.

Every edition of the annual contest is named after its host country.

Nguyen Thi Ngoc Van was named the pageant’s first runner-up, even though she was believed to have a better onstage performance and received great support from the audience.