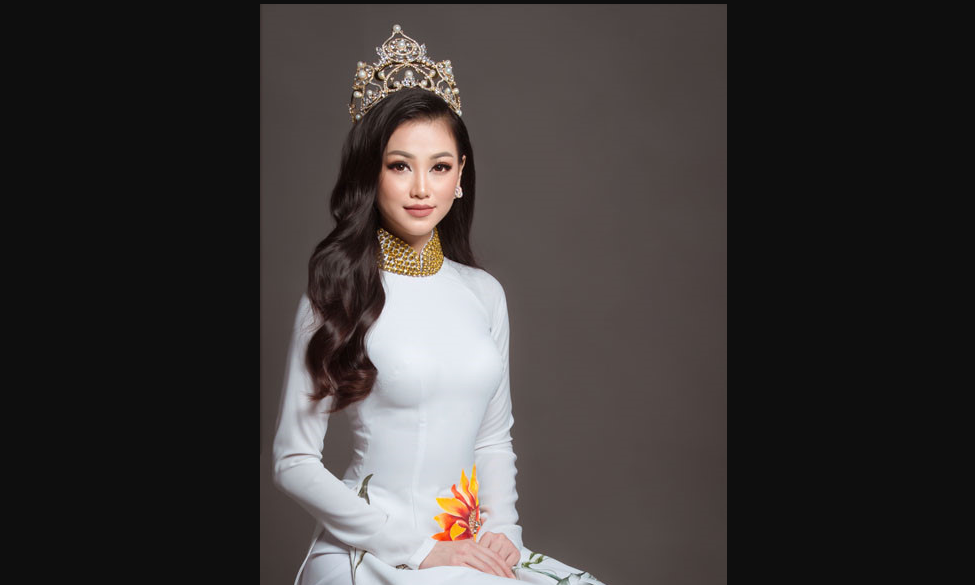 The second runner-up of Miss Sea Vietnam Global 2018 will represent her country at Miss Earth 2018, to be held in Philippines from October 7 to November 3.

Nguyen Phuong Khanh received a formal confirmation approving her participation in the competition from the Department of Arts and Performance on October 2.

The official website of Miss Earth 2018 has also been updated to list Khanh as the Vietnamese contestant at the beauty pageant, according to the Vietnam News Agency.

Through a training project called Leading Stars Project, Khanh was chosen by Angelia Ong, a Filipino model and Miss Earth 2015, to represent Vietnam at Miss Earth 2018.

The young candidate, who is studying in Singapore, had to fly to Hanoi to participate in the training project.

During the Leading Stars Project, Khanh stood out as one of the most outstanding participants thanks to her beauty, intelligence and fluent English.

During an interview in English with Miss Angelia Ong, the Vietnamese beauty queen managed to prove not only her language skill but also her potential and intellectuality to compete in international competitions.

She did not hide her excitement when she was chosen for the environment-themed beauty competition as she wants to contribute to a meaningful cause for society, especially environment-related matters.

“I love the Miss Earth beauty pageant because of the meaningful message it delivers,” Khanh said.

“The competition always updates the most recent information on serious environmental issues around the world, helping each participant and viewer deepen their understanding of the environment.”

Khanh said even though it is a beauty contest, Miss Earth always praises social values, intelligence and qualities of women.

The 24-year-old said she has watched the beauty pageant for many years and had long wished to become a contestant, after realizing that the competition has had many meaningful impacts.

“I want to have my own voice, while representing Vietnam, in addressing the environmental issues that I am concerned with or find interesting,” she said.

At Miss Earth 2018, Khanh will compete against 94 other beauty queens from countries and territories all over the world.

Other Vietnamese representatives at the beauty competition in previous years include Nam Em, who competed at Miss Earth 2016, and Ha Thu in 2017.

Khanh was born and raised in Ben Tre Province, located in the Mekong Delta in southern Vietnam.

The 24-year-old has been crowned second runner-up at Miss Sea Vietnam Global 2018 held on the southern island of Phu Quoc.

She is currently an outstanding student at Curtin University in Singapore, one of the city-state’s top ten universities, where she is expected to graduate from the faculty of marketing in 2019.

The first pageant was held in 2001 and ever since, the reigning Miss Earth would devote her year to raising environment awareness, addressing the issues, as well as contributing to finding solutions to these problems.

It is considered one of the ‘BIG 4’ beauty competitions along with Miss World, Miss Universe, and Miss International.