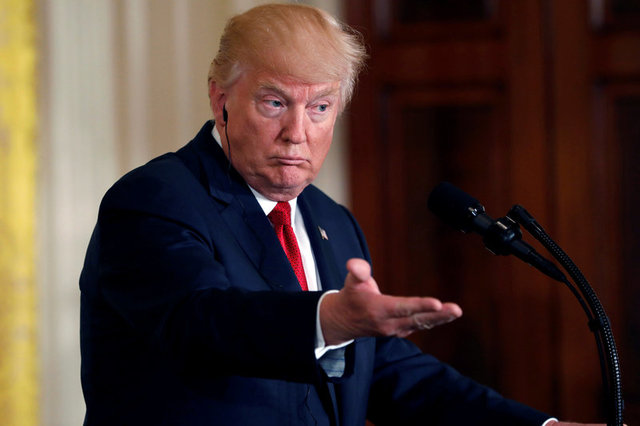 US President Trump to be in Vietnam for regional summit

U.S. President Donald Trump will attend three summits in Asia in November, one of which will be hosted by the central Vietnamese city of Da Nang, Vice President Mike Pence said on Thursday after a meeting with ASEAN secretary general Le Luong Minh.

President Trump will arrive in Da Nang for the Asia Pacific Economic Cooperation (APEC) summit, Reuters quoted Pence as saying during a visit to the Association of Southeast Asian Nations (ASEAN) headquarters in Jakarta on Thursday.

President Trump is also expected to attend the U.S.-ASEAN summit and the East Asia summit, both to be held in the Philippines, according to Pence’s statement.

The U.S. vice president said the Trump administration will work with ASEAN on security issues and trade and freedom of navigation in the East Vietnam Sea.

Vietnam and the United States elevated ties to a new level under the Obama administration amid the former’s disputes with China over East Vietnam Sea issues, while Trump has also expressed his hope for a stronger relationship.

APEC, established in 1989, is a regional economic forum comprised of 21 member states, including Australia, China, Japan, South Korea, Thailand, the United States, and Vietnam, among others.

The forum aims to create greater prosperity for the peoples of the region by promoting balanced, inclusive, sustainable, innovative and secure growth, as well as accelerating regional economic integration.

Vietnam joined the forum in 1998, successfully chaired APEC 2006, and is scheduled to host the 2017 gathering in the central city of Da Nang in November.

U.S President Trump has been involved with indirect talks with Vietnam’s top leaders since his presidential election victory in November 2016.

In a letter sent to Vietnam’s State President Tran Dai Quang in late March, Trump “affirmed his wishes to promote cooperation on economic, trade, regional and international issues,” according to the Vietnamese government’s website.

In mid-December 2016, then President-elect Trump told Vietnam's Prime Minister Nguyen Xuan Phuc in a telephone call he wanted to continue strengthening the fast-warming ties between the two countries.

The Vietnamese head of government also said in March that he is ready to visit the United States to promote ties, particularly in trade.