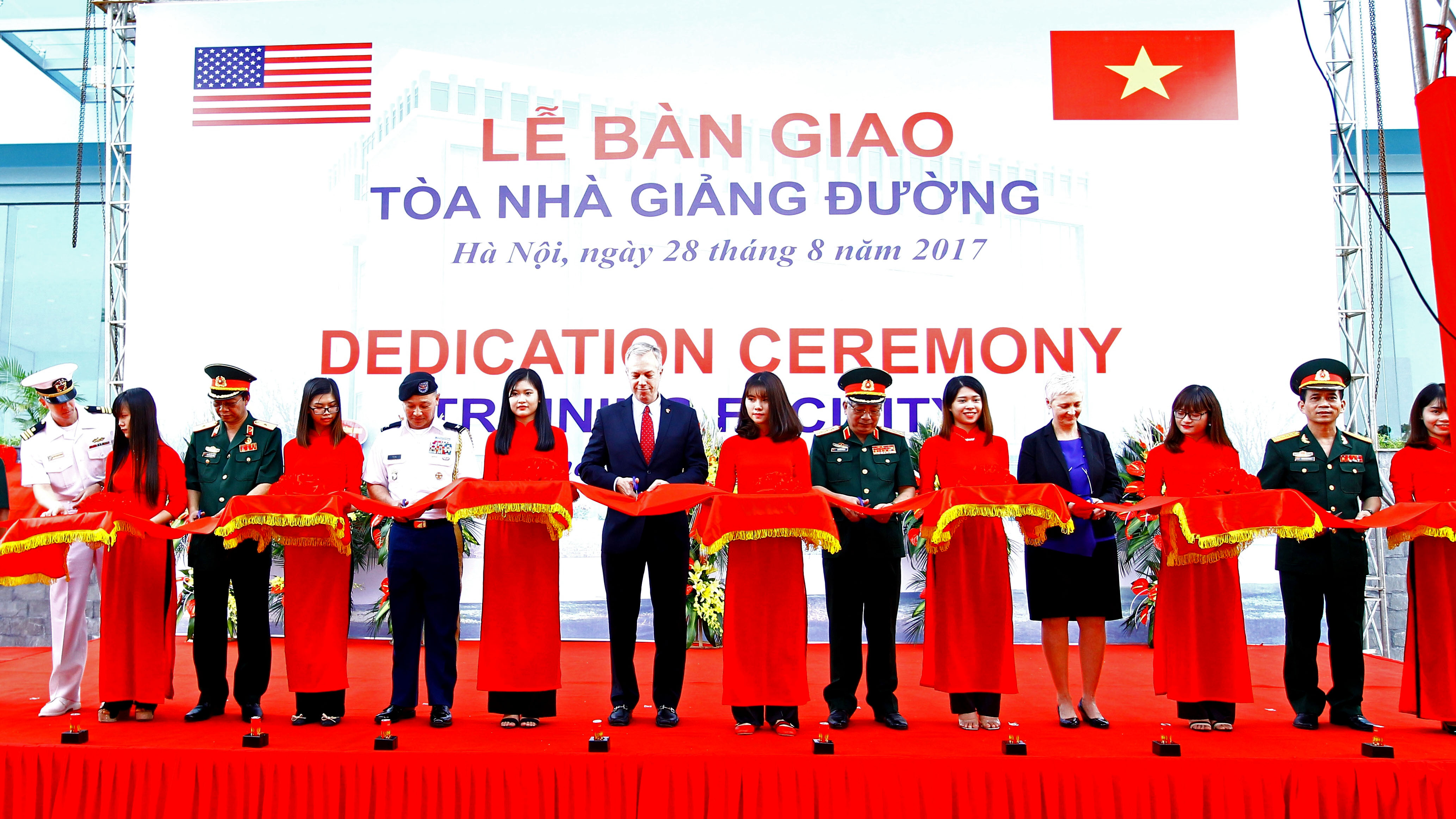 The United States government has handed over a center that focuses on peacekeeping missions by the Vietnamese military, marking the two nations’ cooperation in the preservation of peace.

A dedication ceremony was organized in Hanoi on Monday to mark the transfer of the peacekeeping training center from U.S. ownership to Vietnam’s Ministry of National Defense.

The facility, along with relevant equipment, is designed to facilitate the training of peacekeeping forces.

Named S5, it has 15 training rooms able to accommodate 600 learners and a 254-seat conference hall.

The U.S. government has also agreed to provide a support package to assist the establishment of Vietnam’s first level-two field hospital, raising the value of support to US$10 million.

He confirmed that assistance provided by the U.S. and other nations will help transform the Vietnam Peacekeeping Center into a key facility for peacekeeping operations and training in the region.

According to U.S. Ambassador to Vietnam Ted Osius, America and the international community will always be willing to support Vietnam in the enhancement of the country’s peacekeeping capacity.

The diplomat expressed his belief that the Southeast Asian nation would succeed in international peacekeeping activities and continue to cooperate with other countries in addressing global issues.