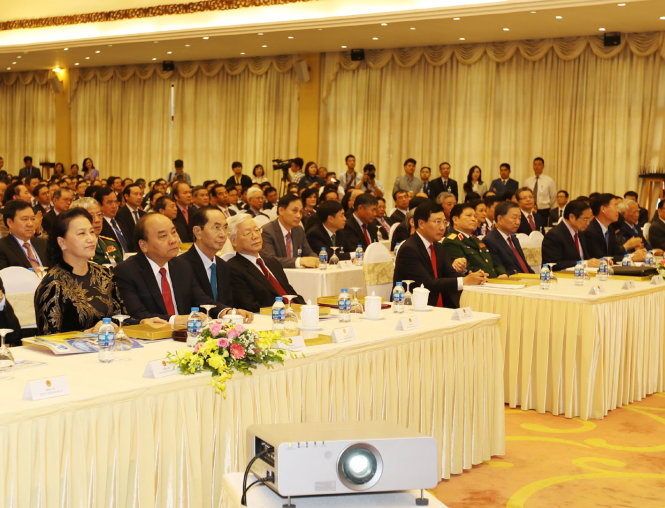 Vietnamese Party chief Nguyen Phu Trong tasked the country’s diplomatic sector with enhancing the position of Vietnam in the global arena during a national conference in Hanoi on Monday.

The biennial event is aimed at evaluating the international situation over the past two years and proposing new missions for the diplomatic sector in the coming time.

Speaking at the opening session, Deputy Prime Minister and Minister of Foreign Affairs Pham Binh Minh noted that the diplomatic sector had contributed to mobilizing external resources for national growth, protecting national independence and sovereignty, and maintaining a peaceful and stable environment for development.

During his speech, General Secretary Trong praised the sector’s achievements in the past years, especially in 2017.

The Party chief tasked the sector with further enhancing Vietnam’s position in the international arena and consolidating the country’s relationship with other nations and partners.

The sector must continue implementing the Party’s guidelines on foreign policy for the maintenance of peace and stability, creating conditions for national development, while resolutely safeguarding national independence, sovereignty and legitimate interests in line with international law.

It is crucial to stay persistent and judicious in the settlement of complicated external maters, including those related to territory, he underscored.

He also called for better efficiency of external activities, especially in economic matters and security and defense.