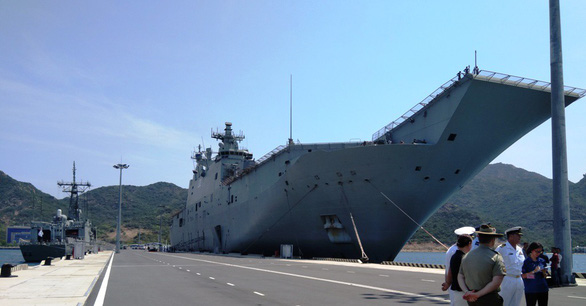 Two vessels of the Royal Australian Navy arrived in the south-central Vietnamese province of Khanh Hoa on Tuesday to begin their four-day goodwill visit to the Southeast Asian country.

Carrying more than 800 crew members, the ships will stay in the country from May 7 to 10.

This is the first time the program has been organized in Vietnam since it was launched in 2017.

According to the agenda, they will have meetings with leaders of the provincial People’s Committee, and the 4th Naval Region High Command during the time in Vietnam.

Many activities will also be organized between the Australian crew members and officers under the Vietnam People’s Navy, People’s Army, as well as residents and students in Khanh Hoa.

The HMAS Canberra is the lead ship of the Canberra-class landing helicopter dock of the Royal Australian Navy.