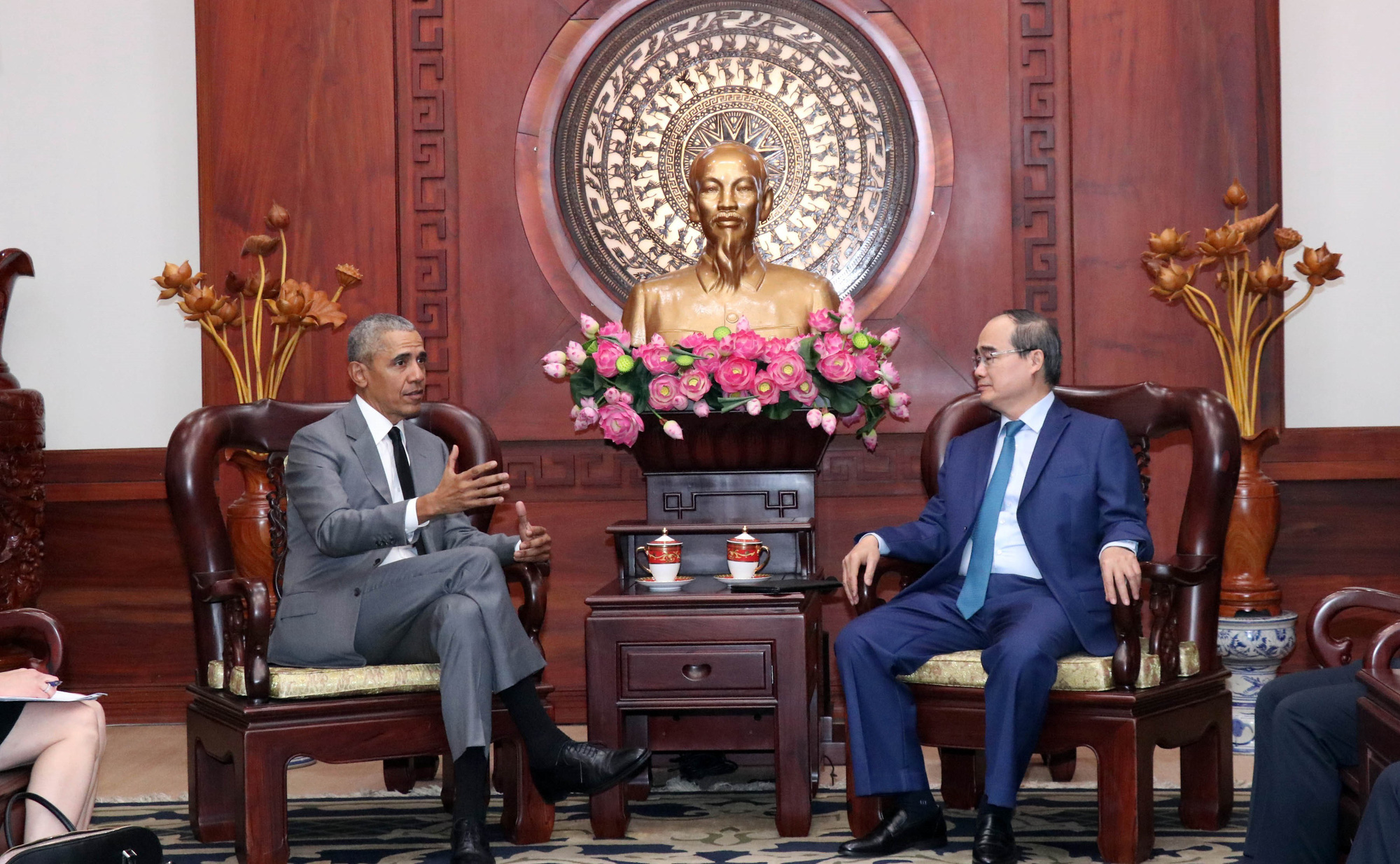 The informal meeting was convened at Nhan’s office in the southern Vietnamese metropolis on Monday afternoon, according to the Vietnam News Agency.

Obama and his wife, Michelle Obama, arrived in Ho Chi Minh City on their private jet on Sunday.

The former U.S. first lady, along with actresses Julia Roberts and Lana Condor, were in Vietnam on behalf of the Obama Foundation’s Girls Opportunity Alliance on a trip to spotlight girls’ education.

Condor is a Vietnamese-American actress best known for her role as Lara Jean Covey in Netflix’s film series ‘To All the Boys I've Loved Before.’

During their conversation, Secretary Nhan expressed his belief that the business trip of the former U.S. president and first lady reflects their deep interest in the U.S.-Vietnam relationship, as well as Vietnam’s national development.

He praised Obama’s significant contribution to the enhancement of bilateral ties and comprehensive partnership when he was president of the United States.

The Ho Chi Minh City Party chief hoped for Obama’s continued support for the two nations’ cooperation, especially when the 25th anniversary of the normalization of Vietnam-U.S. relations is going to be marked in 2020.

Nhan also expressed his gratitude for Obama’s assistance in the establishment of Fulbright University Vietnam, as well as the efforts of the Obama Foundation in boosting education, especially for young girls.

Replying to his host, former President Obama thanked the Vietnamese government and Ho Chi Minh City authorities for assisting him and his wife in organizing their business trip.

He expressed his joy at the positive developments of the two nations’ relationship.

Obama also praised the positive policies and development of Ho Chi Minh City, hoping that the city’s plan for sustainable development will greatly contribute to the nation.

The former president promised to try his best to further strengthen the U.S.’ relationship with Vietnam and Ho Chi Minh City, and to encourage U.S. businesses to further invest in the Southeast Asian country.

According to the official schedule, Obama will be in Malaysia for the ‘Leaders: Asia-Pacific’ program in Kuala Lumpur from December 10 to 14 and speak at two separate events at the Singapore Expo in Singapore on December 16.