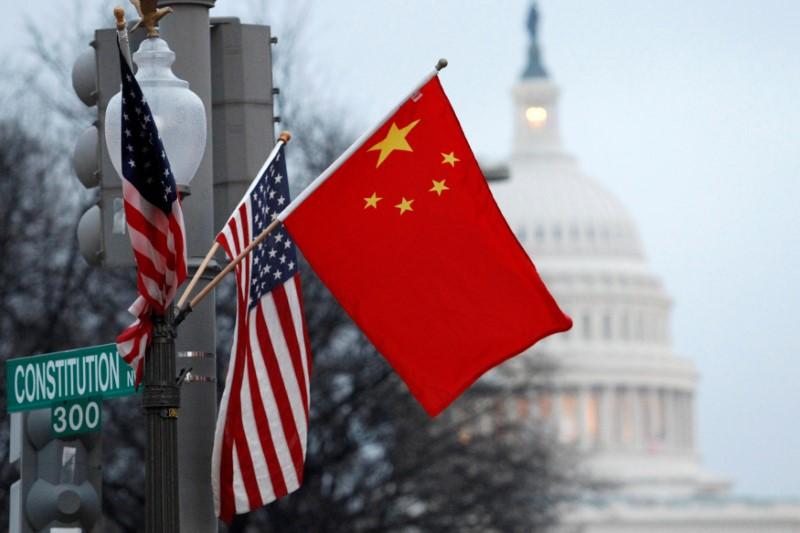 Editor's note:The Houston Consulate shutdown and a Singaporean man who admitted to spying for Chinese intelligence in the United States are just the latest developments which have hampered the relationship between Washington and Beijing.

The U.S. and China have been dragged into various disputes over the last couple of years, from the so-called trade war to the Huawei, Taiwan, and East Vietnam Sea issues.

At present, some even said that the U.S.-China relations are at the lowest point in decades or, as The New York Times put it in a recent headline, “a point of no return.”

Considering how the two biggest economies are important to the rest of the world, U.S.-China fractions are now no doubt expected to negatively affect the global economy and politics.

In an exclusive op-ed for Tuoi Tre News, Dr. Stewart Peterson, a research fellow at the Hinrich Foundation and co-founder of Riley Paterson Investment Management who authored the 2018 book ‘China, Trade and Power: Why the West’s Economic Engagement Has Failed,’ comments on the nature of the U.S.-China tensions and their impacts on Southeast Asia and Vietnam.

His commentary has been edited by Tuoi Tre News for clarity, consistency, and coherence.

For most of the past three decades, the United States and China have seen their economic relationship deepen.

From the U.S. perspective, the motivation for engagement with China was to ensure that a more prosperous China was a responsible member of the world order and that China had a stake in perpetuating the rule of law.

For China, the motivation for opening up was to close the technological gap between itself and the West, to earn U.S. dollars with which to pay for imports and give credibility to its currency, the yuan, and to develop its industrial base through export-orientated growth.

The growth of the Chinese economy over the past 20 years has been tremendous. China is now the world’s second-largest economy and has become the largest trading partner to a majority of countries.

More than one in four dollars of manufacturing activity takes place in China. A US$13 trillion economy has brought considerable economic and military power and, under President Xi Jinping, China is using its might to assert its own national interests and claim what the Chinese leadership sees as their rightful place at the center of the Asian, and perhaps global, economic and geopolitical system.

This desire for regional and global hegemony, 'The China Dream' or 'National Rejuvenation' as China calls it, will inevitably bring China into conflict with others: her neighbors; the existing global hegemon (the United States); and those who do not share China’s values — liberal democracies such as the European Union.

The election of Donald Trump as U.S. President in 2016 saw the beginning of a more realistic and robust approach toward China. It was clear that, under Xi, China was not converging on global norms.

Previous U.S. administrations had underestimated China’s growing power and overestimated the impact of economic reforms on society and the political structure.

Successive U.S. administrations failed to enforce a fair, rules-based system of economic engagement, choosing instead to turn a blind eye to intellectual property theft; asymmetric market access and the failure of economic reform in China to curtail the activities of state-owned enterprises.

Beijing remained in full control of the commanding heights of the Chinese economy. There was no ideological conversion to a market system, merely an understanding that private enterprise could be harnessed to grow the economy and therefore the power of the state.

What started as pushback by Trump against abusive economic behavior though, has quickly escalated into a complete reappraisal of the U.S.-China relationship and the future security arrangements for the Indo-Pacific region.

China’s expansionist behavior in the [East Vietnam Sea], the East China Sea and the Himalayas has brought home to the region, and the world at large, the fact that existing national and sea borders are not settled issues in the eyes of China.

In a remarkably short space of time, the world has moved from unconditional economic engagement with China to a path that may lead to attempts to isolate China economically: from all ‘carrot’ to all ‘stick’. While this assessment may be far from ideal, it reflects today’s reality.

So, what does this mean for Vietnam and the rest of Southeast Asia? Firstly, policymakers must realize that this problem is not going away until or unless Beijing is more tolerant and respects the international rules-based order.

China’s neighbors are the most impacted by her expansionism and must take the lead in policies designed to avoid conflict and preserve regional stability.

Secondly, individually each Asian country is no match for China — a well-practiced expert in exploiting tensions between rivals to play them off against each other.

Therefore, cooperation in the spheres of security and economy provide the best way forward to preserving as much of the status quo, that has delivered so much, in Asia as possible.

For the prosperity of the region to increase, economic relations between China’s neighbors should be deepened.

ASEAN, or the Association of Southeast Asian Nations, has willing regional partners in Japan, Australia and India and global partners in the United States, the rest of the Anglosphere and Europe.

As noted above, China is the world’s second largest economy, but this represents just 15 percent of global GDP. The remaining 85 percent need to come together to preserve the best of the liberal order and improve on it.

China’s industrial policies are aimed at self-sufficiency wherever possible and her neo-colonial expansionism through the Belt and Road Initiative is in part aimed at procuring the resources it requires but that are unavailable at home.

China has little interest in a sustainable, mutually beneficial global trading system, being mercantilist to the core.

The opportunities for economic success in replacing some of China’s role as the ‘factory of the world’ can offset the costs of building a sustainable and stable region.