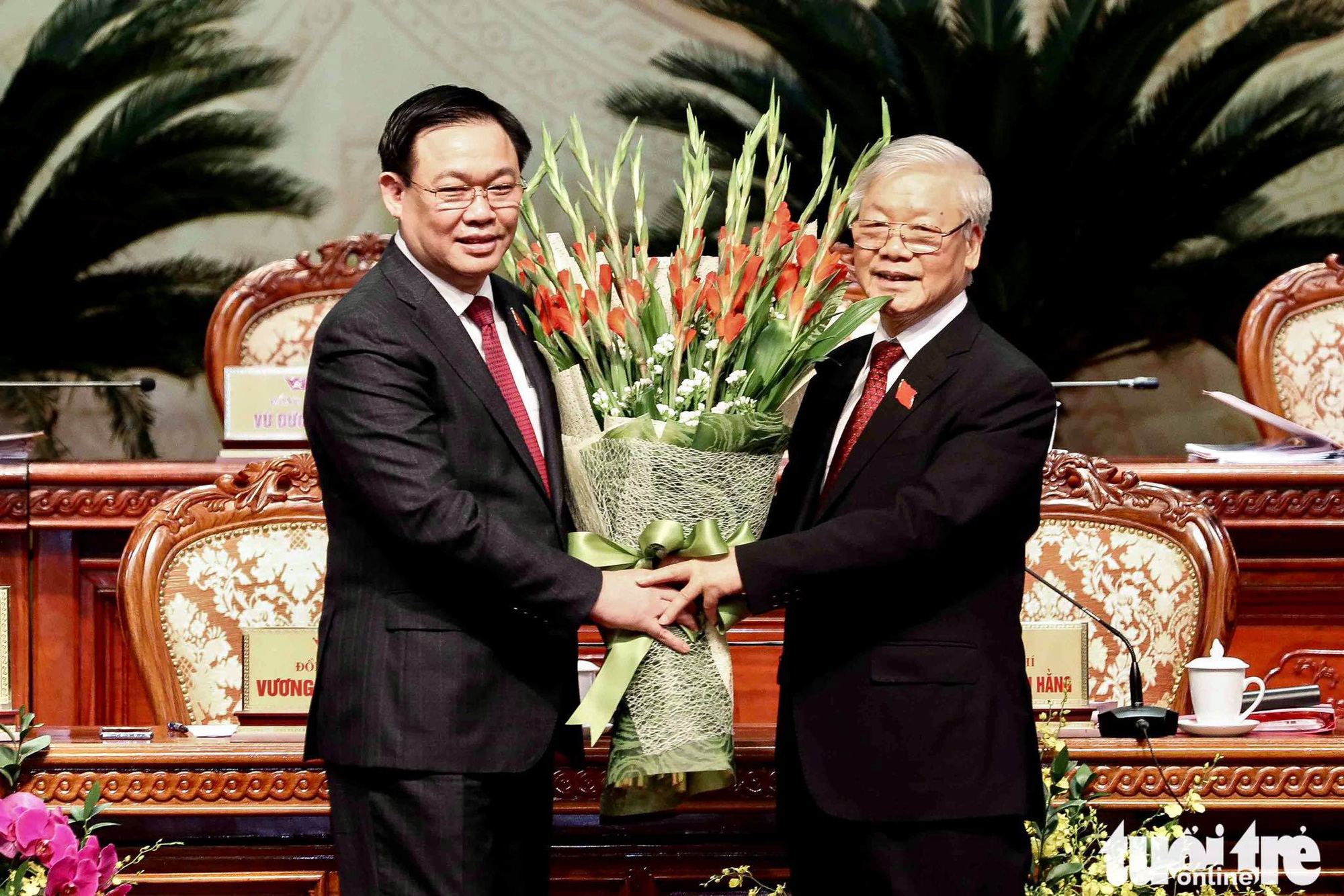 Vuong Dinh Hue has been re-elected as secretary of the Hanoi Party Committee for the 2020-25 tenure.

The election was carried out during the 17th Congress of Hanoi’s Party organization for the 2020-25 tenure on Monday, and the vote results were announced on Tuesday morning.

Hue assumed the position of the Hanoi Party chief for the remaining time of the 2015-20 tenure on February 7, replacing Hoang Trung Hai, who received a disciplinary warning from the Politburo for “serious violations and shortcomings” related to a project to expand production at state-run Thai Nguyen Iron and Steel Joint Stock Corporation.

Hue, 63, holds a doctoral degree in economics and was a professor at the Hanoi-based Academy of Finance in the 1990s.

The Nghe An-born politician was deputy prime minister and has been a Politburo member since 2016. The National Assembly relieved him of the post of deputy premier in June.

At the congress, Minister of Science and Technology Chu Ngoc Anh, 55, was re-elected as deputy secretary of the municipal Party Committee for the 2020-25 term.

Anh is currently chairman of the Hanoi People’s Committee.

Eleven others were voted as members of the Hanoi Party Committee for the five-year new tenure.