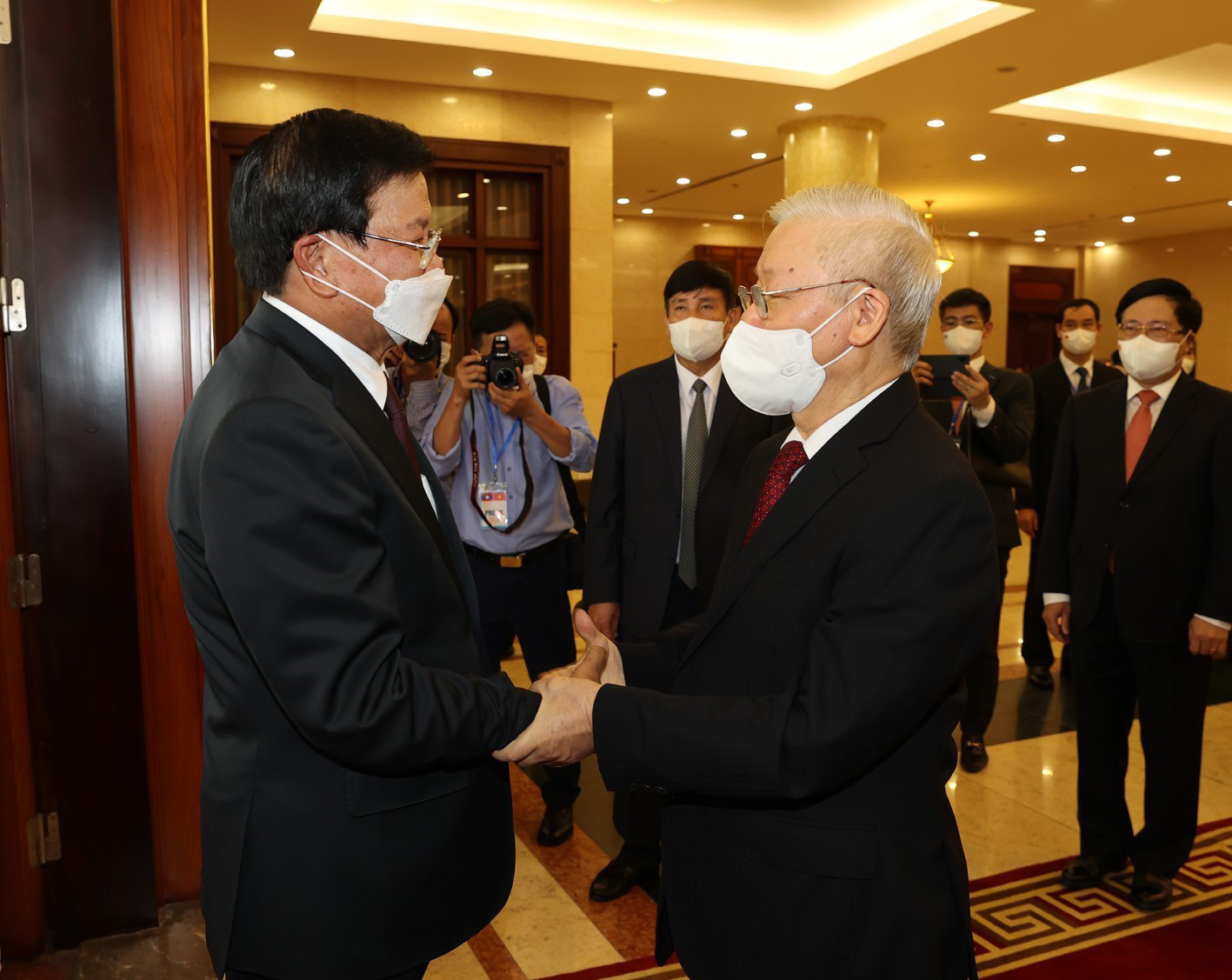 The visit was made at the invitation of Vietnamese Party General Secretary Nguyen Phu Trong and State President Nguyen Xuan Phuc.

After landing at Noi Bai International Airport, the top Lao leader, along with his spouse and a delegation of Lao officials, was welcomed by Vo Van Thuong, member of Vietnam’s Politburo, and other high-ranking officials.

The official welcome ceremony was later organized at the Presidential Palace in Hanoi, chaired by State President Nguyen Xuan Phuc and his spouse.

This is his first trip to Vietnam as Lao Party General Secretary and President for the 2021-26 tenure.

The trip is aimed at implementing consistent foreign policies between Laos and Vietnam to promote their great friendship, special solidarity, and comprehensive cooperation.

It also provides an opportunity for the two countries to further exchange experience in national development and accelerate the effective implementation of bilateral agreements.