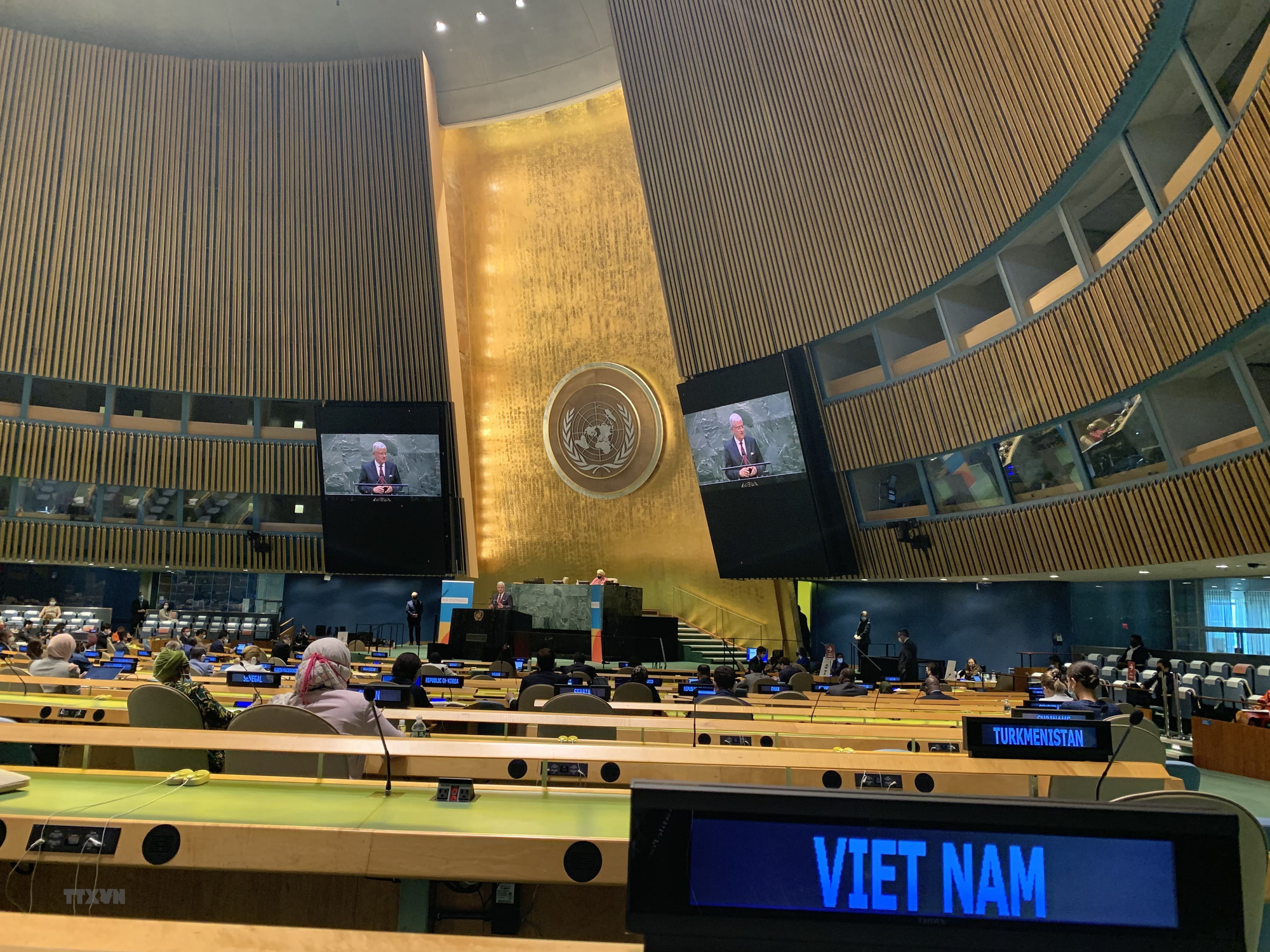 Vietnam was elected as one of the Vice-Presidents of the United Nations General Assembly (UNGA)’s 77th session, representing the Asia-Pacific region, the Vietnam News Agency reported.

The UNGA elected its President and Vice-Presidents for the 77th session during a meeting in New York on Tuesday (local time).

Ambassador Csaba Korosi from Hungary was voted as the 77th President of the UNGA, replacing Abdulla Shahid from the Maldives.

Vietnam was elected as one of the Vice-Presidents of the 77th session of the UNGA and will take the role for one year starting September 13.

The UNGA is one of the six main organs of the UN and the only one of the UN with representatives from all 193 member states.

It has broad authority in the fields of political, economic, cultural, and social cooperation, and has the right to discuss and make recommendations on matters within the scope of the Charter or any matter within the competence of the UN’s organs with the purpose of promoting international cooperation.

During its 45 years of UN membership, Vietnam has taken on many important responsibilities and made substantial and effective contributions.

With a multilateral foreign policy in which the UN is the focus, Vietnam, as a Vice-President of the UNGA, will continue to make more contributions to the UN’s goals, including settling conflicts and maintaining peace and stability for all the people in the world.