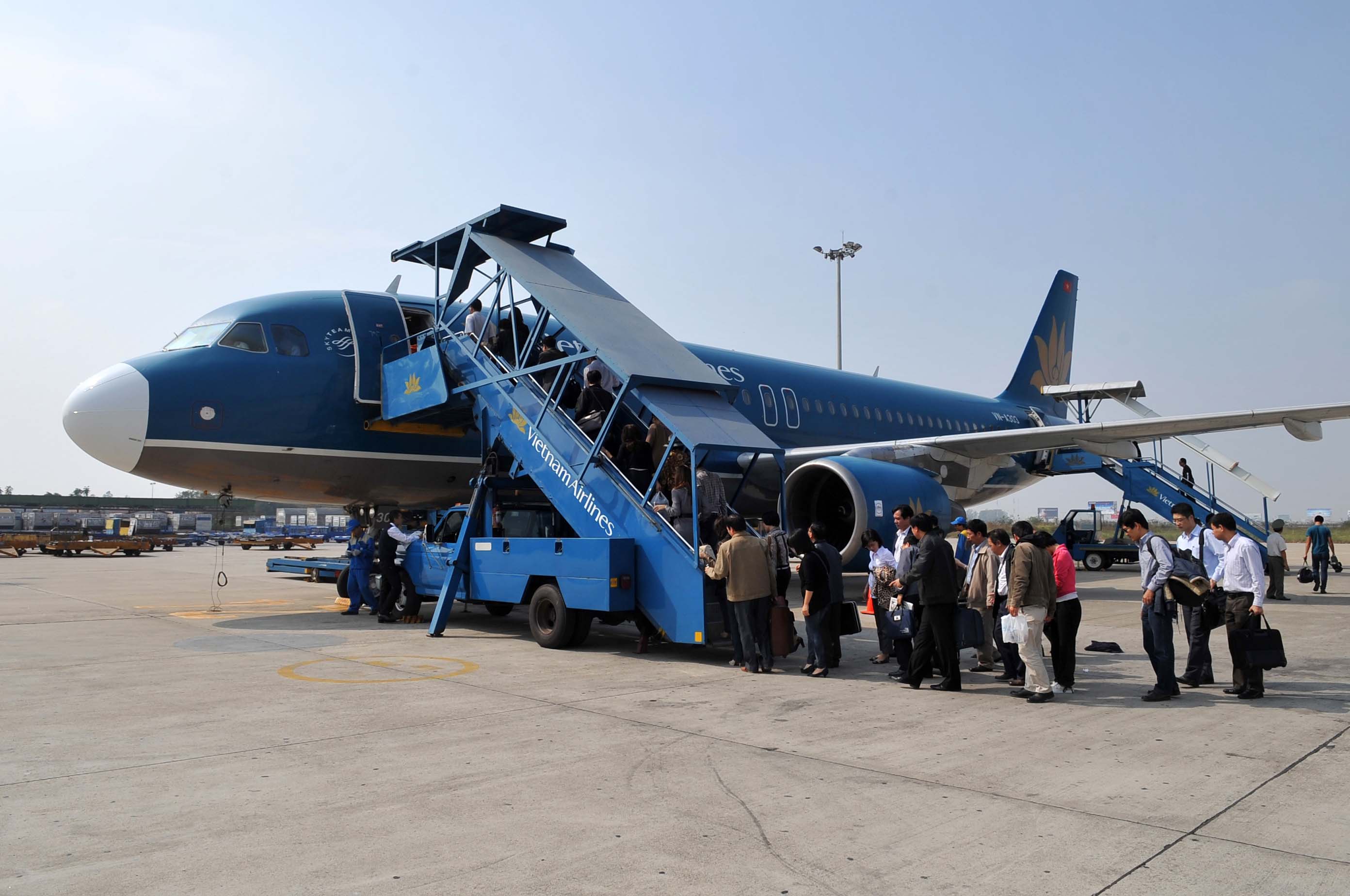 A deputy chief pilot and four flight attendants of national carrier Vietnam Airlines (VNA) have been suspended for investigation following a request from Japanese police who had earlier arrested another VNA flight attendant on suspicion of smuggling.

>> Vietnam national carrier flight attendant arrested in Japan: media>> Vietnam national carrier limits crew suitcase size to prevent smuggling VNA announced the suspensions on Thursday and asked the suspended to make their own reports about their possible involvement in the alleged smuggling. The VNA staff members are banned from working on international flights and are only allowed to fly domestic routes in a limited manner, said a deputy general director of the carrier. They often worked on flights from Hanoi and Ho Chi Minh City to airports in Japan, the official added. VNA will transmit the reports of the five to Japanese police when they request the carrier to do so, the VNA representative office in Tokyo said Thursday. Japanese police previously requested that VNA send the co-pilot and four cabin attendants to Japan for the verification of a stolen goods transportation ring, the national airline said. According to initial sources, the five suspended have admitted to smuggling goods in large quantities from Japan to Vietnam. The suspensions were made after Kyodo News reported Wednesday that Nguyen Thi Bich Ngoc, another VNA flight attendant, had been arrested by Japanese police while she was staying in Tokyo. Ngoc, 25, was suspected to have carried 21 stolen items of clothing worth 125,000 Japanese yen (US$1,222) on a special VNA bus from a hotel in Osaka Prefecture to Kansai International Airport last September.  According to Kyodo News, police seized Ngoc on “suspicion of attempting to smuggle stolen goods into Vietnam.” But police said Ngoc denied the allegation. She allegedly smuggled the stolen clothes at the request of a 30-year-old Vietnamese woman residing in Japan who had been charged with buying stolen goods, according to the Japanese news agency. Ngoc was also accused of having taken stolen goods worth 3 million Japanese yen ($29,300) onto airplanes and received compensation for her actions since June of last year. Tokyo police said they suspected around 20 other VNA employees were also involved in smuggling. After Ngoc’s arrest, the VNA branch in Japan immediately contacted Japanese police agencies for information and cooperation, said Le Truong Giang, a VNA spokesman. Giang added that VNA leaders already asked its branch to proactively contact Tokyo police for further information right after Japanese media published news of a VNA crew member suspected of smuggling stolen goods from Japan on February 27. “VNA is determined to clarify and strictly punish any individual or staff member taking advantage of their position at VNA to perform any illegal acts,” Giang said. VNA have also contacted the Embassy of Vietnam in Japan and the Vietnamese Ministry of Public Security to investigate this allegation, according to the airline.   When asked by Tuoi Tre about a similar case that happened in 2009 involving a VNA staff member, VNA said the person in question had been fired.