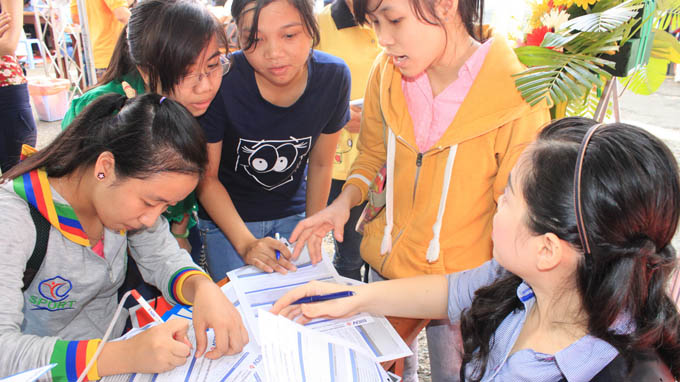 241,400 people with a degree jobless in Vietnam

Hundreds of thousands of Vietnamese people with at least an associate’s degree were unemployed in the first quarter of this year, according to official figures.

>> Junior college, university grads struggling to find jobs in Vietnam More than 241,000 people who graduated from a junior college or higher-level institutions were out of work in the January-March period, the Ministry of Labor, War Invalids and Social Affairs said in a report released on Tuesday. Over one million working-age people were jobless during the same period. Among them, about 500,000 are aged between 15 and 24, an increase of 54,000 people over the last quarter of 2013, compared to which, the first three months of this year saw the unemployed go up by 145,000 people, the report said.

Notably, as many as 241,400 people could not land a job even when they have a good education, with 79,000 holding a junior college degree and 162,400 having a university degree or higher qualifications. The report also warns about underemployment that affected 1.3 million people who had to work for less than 35 hours per week in the first three months of this year. The number of underemployed workers was 66,500 more than in the final quarter of last year, the ministry said. It is worrisome that intellectuals currently find it difficult to seek jobs, the ministry said. There are various reasons for this unemployment but many jobseekers should be to blame first as they have failed to meet employers’ requirements, Nguyen Ba Ngoc, deputy head of the ministry’s Institute of Labor Science and Social Affairs. In other words, education quality at many higher learning institutions is problematic because they fail to equip their students with knowledge and skills required by the job market, Ngoc said. In addition, the national economy has recently been restructured, leading to certain changes in labor demand and supply, but many schools have failed to reform their teaching programs to adapt to the new situation, he added. Pursuant to the Labor Code, the working ages in Vietnam are from 15 to 60 for men and from 15 to 55 for women.