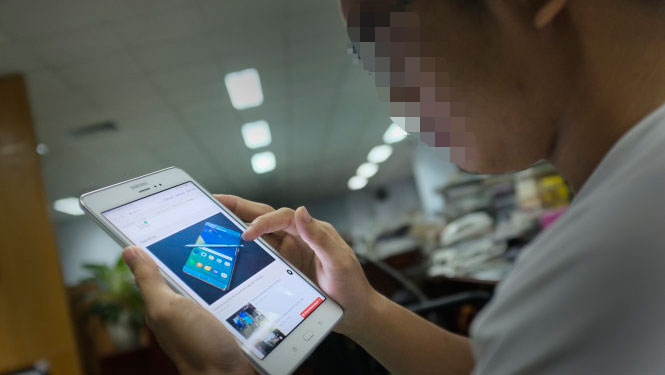 A mobile service provider scammed millions of dollars from thousands of mobile users in Vietnam, but fines for their missteps amounted to a mere VND55 million (US$2,465), according to results from an inspection in July.

Nearly 94,000 users in Vietnam were scammed into paying a total of VND230.4 billion ($10.3 million) between January 2013 and March 2016 by the Hong Kong-based SAM Media for using its message service, the Hanoi Department of Information and Communications announced on Monday, citing its inspection results.

Most customers said that they are unaware of subscribing to the service, believing that messages sent to their phones were spam, the department said in its report.

The message service is run by SAM Media, whose offices are in Hanoi, Malaysia, and the Netherlands, with collaboration from ACOM Investment JSC, VMG Media JSC, and Gapit Communications JSC, all of which are Vietnam-based.

The scam was run through a commercial website called vn-mozzi.biz/vn that hosted interactive advertisements allowing mobile users to take quizzes and win prizes such as laptops and smart phones.

Though the website’s interface uses large, visible text to feature prizes and codes to register, the subscription price and information on how to unsubscribe are quite small.

SAM Media was also found guilty of creating and operating a commercial website without a permit and offering its service by sending messages to mobile users, both of which are violations of Vietnamese law, according to the inspection’s report.

The Hanoi Department of Information and Communications only fined the company VND55 million for their accumulated offenses, failing to sort out compensation for victims of the scam.

Nguyen Van Minh, head of the department’s inspectorate, explained that the department’s ability to punish SAM Media is limited, as Circular 17 had not yet come into effect when the inspection was carried out.

Circular 17 is a Ministry of Information and Communications circular which details procedures for registration to provide information services via cellular networks.  The circular came into effect on August 12 and includes regulations on services closely related with those offered by SAM Media.

Minh added that related cellular network providers, including Viettel, MobiFone, VinaPhone, and Vinamobile, “are guilt-free” since they have strictly followed Decree 90/2008 against spamming.

“Some customers didn’t do their research on the service and instead followed its instructions by filling in the code and sending messages which lead them to unwittingly subscribe to the service,” he said.

None of the relevant telecommunication enterprises immediately responded to questions regarding customer protection rights when they collaborate with a third party business like SAM Media.

Minh said that mobile users who participated in the spam advertisements, or similar leeching scams, can reject, cancel, or review the information for services they have subscribed to, as stated in the Circular 17.

The department inspectorate has proposed that the Ministry of Information and Communications direct and urge related local businesses, including the four cellular network giants, to inform their customers of subscribed services.

Relevant businesses are only permitted to continue to provide such services when customers agree to extend.