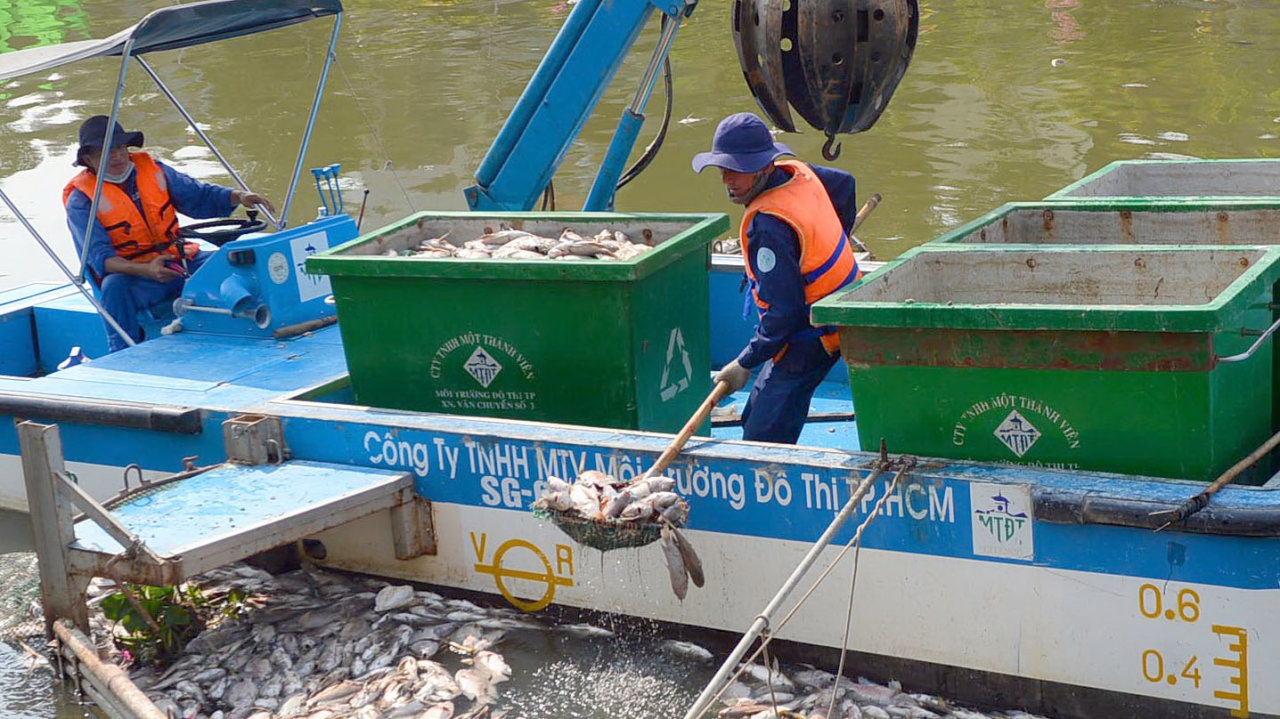 The proposal was made in a presentation on Thursday by a group of research scientists led by Assoc. Prof. Dr. Vu Cam Luong from Nong Lam University in Ho Chi Minh City.

A key aspect in bringing the canal back to life was releasing fish into the waterway to repopulate its aquatic life.

Since the project’s initiation, the success of reintroducing the three species into the canal has led to their populations surpassing the canal’s capacity and subsequently reducing the immunity of the fish, Luong said during the presentation.

“Under such living conditions, the fish population is extremely vulnerable to adverse environmental elements,” Luong explained, adding that the death of a certain portion of the population would have a domino effect on the remaining individuals.

The exhaustion of natural food sources, such as benthos and plankton, was also noted as a consequence of the overpopulation, the research team pointed added, citing their own findings.

Illegal fishers along the canal

Luong and his team also cited the sudden drop in concentrated levels of dissolved oxygen (DO) in the canal’s water around 6:00 am every day as a key suspect of the recurrent mass fish deaths in the canal over the past few months.

The DO amount in Nhieu Loc-Thi Nghe canal falls under one milligram per liter (mg/l) of water during each morning, the team found, while available literature on fisheries sets the minimum DO level for fish to thrive at 1mg/l.

Meanwhile, the species of tilapia, smallscale mud carp, and common carp do not adapt well to adverse changes in living conditions due to their biological structure, the team noted.

Luong suggested a halt in new releases of the three species into the canal to control their population, suggesting a look into possible alternatives to populate the canal in the future.