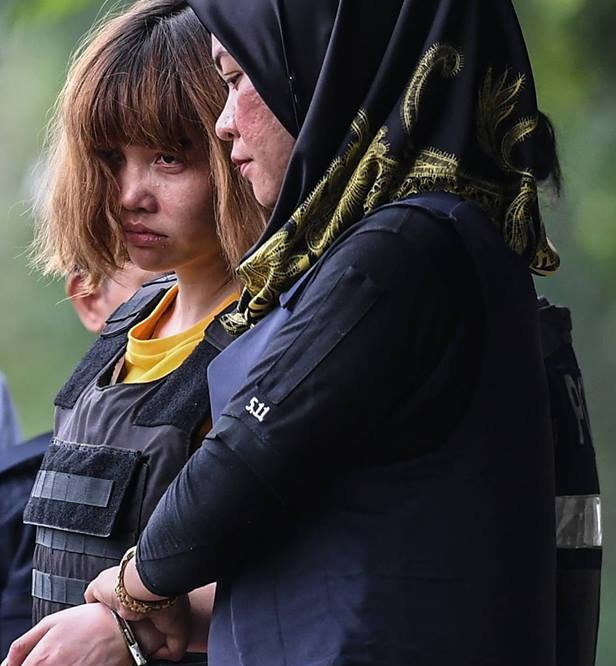 The embassy is taking all necessary steps within their permitted rights to ensure proceedings are fair and objective for Huong, including finding an appropriate lawyer, the Vietnamese foreign ministry said Thursday.

Also on Thursday, officials from the Consulate Department under the foreign ministry met with Huong’s family in Vietnam to explain the legal process in Malaysia and reassure them that Huong’s rights were being protected.

The department also updated the family on Huong’s health conditions following her court appearance on Wednesday.

Huong and Indonesian Siti Aishah were arrested following the death of Kim Jong-nam at the Kuala Lumpur International Airport on February 13 while the North Korean was traveling using a passport under the name Kim Chol.

Security camera footage of the incident appears to show the two suspects smearing VX nerve agent on the victim’s face.

At Wednesday’s court hearing in Sepang District in the state of Selangor, Aishah and Huong took turns listening to their respective charge sheets via a translator before a judge ruled that the pair would each be charged under Section 302 of the Penal Code, which carries the death penalty.

Neither suspect entered a plea and representatives from the Vietnamese embassy in Malaysia were present to ensure the protection of Huong’s legal rights.

The next court is date set for April 13. The suspects will be hanged if found guilty.