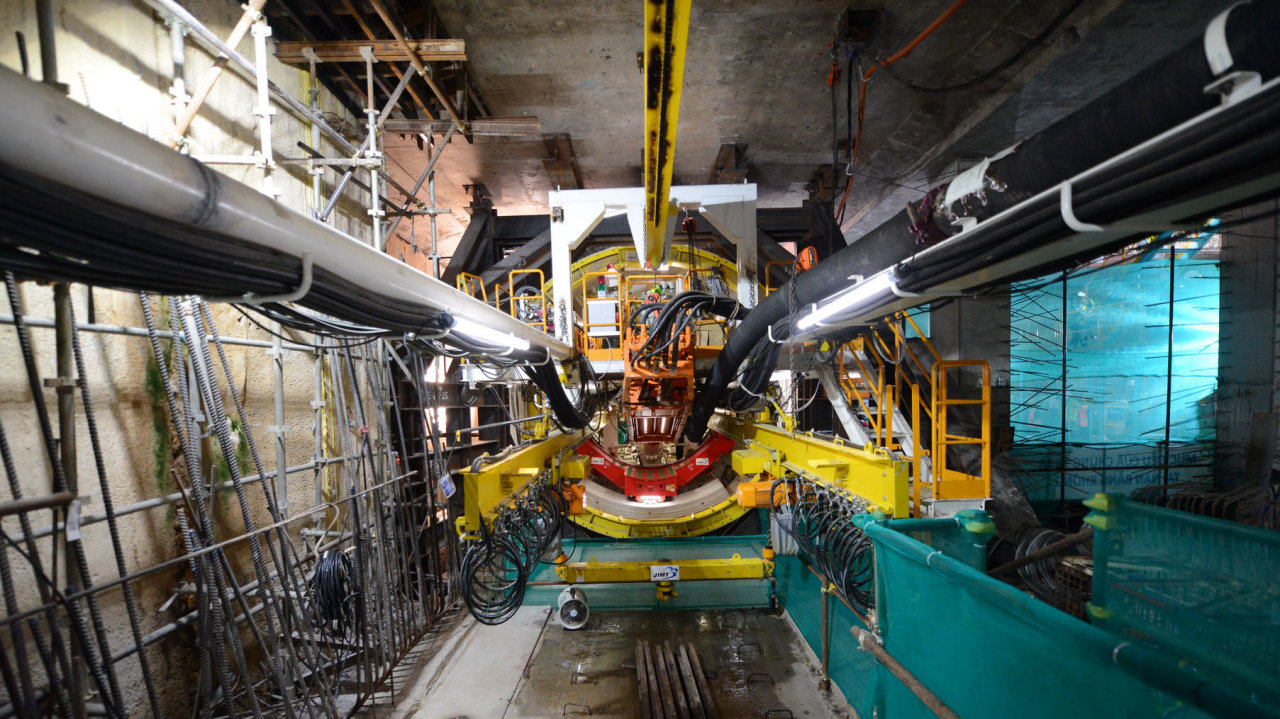 The Japanese-made tunnel boring machine (TBM) is ready to make its way through Ho Chi Minh City’s underground in preparation for Saigon’s metro line, the largest underground passage in Vietnam.

Engineers of the project finished assembling the TBM on Thursday, just in time to stay on schedule.

According to the engineers, the TBM was manufactured in Japan and imported into Vietnam in January.

As per procedure, the TBM will reinforce the inside of the tunnel with a 0.3 meter layer of concrete after digging every 1.2 meter.

The diameter of the underground passage is expected to be 60.5 meters.

Specialized machines have also been installed to monitor the conditions of streets and houses above the surface to ensure safety during the subterranean operation.

The boring is anticipated to be complete in December this year.

Take a look at these photos of the preparation before the digging operation: