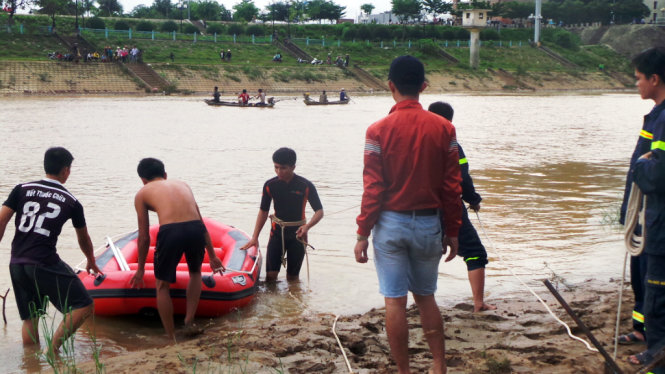 A father is missing while his son died after their fishing boat capsized in central Vietnam on Saturday.

The accident happened at 9:00 am in the Dak Bla River in Kon Tum Province, located in the Central Highlands.

A Dot, the 42-year-old father, living in Kon Ro Bang Hamlet, Vinh Quang Commune, in the provincial capital city of Kon Tum, is now nowhere to be seen after being swept away by the flowing water.

Initial information showed that A Dot and his son’s boat overturned while they were fishing in the section of the river flowing through Kon Tum City.

At the moment the boat capsized, some people onshore saw them and tried to rescue the victims, but their effort did not pay off.

The body of A Dim, A Dot’s 6-year-old son, has been found while local authorities are still searching for the father.

Vietnam has 3,500-4,000 children drowning each year, 10 times higher than developed countries, according to the Ministry of Labor, War Invalids and Social Affairs.   .