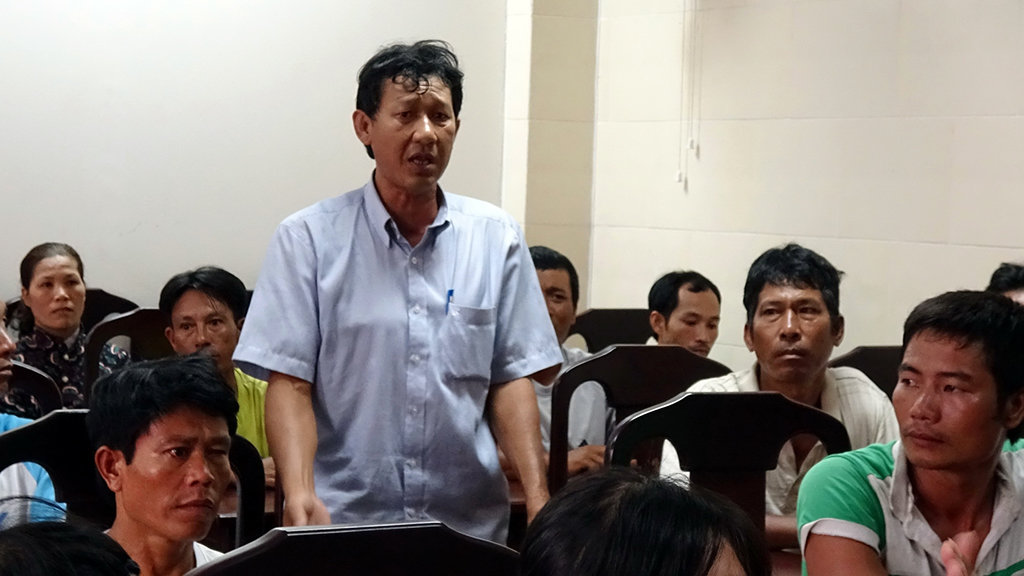 Nearly 90 metric tons of farm-raised fish in the southern province of Ba Ria- Vung Tau have been killed once again, leaving local residents with the heavy burden of loss and debt.

Tran Van Cuong, director of the provincial Department of Agriculture and Rural Development, convened a meeting with local fish farmers on Thursday afternoon to discuss the incident, the third mass fish deaths to occur in the last 12 months.

Fish raised on 23 farms along the Cha Va River in Long Son Commune, Vung Tau City, began dying en mass at the beginning of this week.  By Wednesday night, nearly 250,000 fish weighing a combined 90 metric tons had been killed.

According to Nguyen Cong Bien, one of the affected residents, the water used by the farms had become unusually opaque of over the last few days and began emitting a chemical smell.

“We tried pumping oxygen into the water but we didn’t have any success,” Bien continued.

The farmer demanded that local authorities put mechanisms in place to save their fish and support the affected households.

Speaking at the meeting held to discuss the issue, Cuong stated that the mass fish deaths could have been caused by heavy downpours, which reduced the oxygen content in the water.

Test results showed that the nitrogen and sulfur content in the water was much higher than the normal limits.

Meanwhile, fish samples taken from the affected farms revealed the presence of viruses causing ulcers and hemorrhage, the official elaborated.

Inspectors also discovered that a barrel business had been washing products along the Cha Va River.  The barrel company has since ceased operations while authorities examine the substances contained in the barrels.

Cuong suggested that farmers harvest their existing fish and refrain from raising new fish while the situation is evaluated.

Dredging may be carried out along the river section as a long-term solution, he added.

Competent authorities later attributed the incidents to lack of oxygen and sudden change in water content brought about prolonged downpours.