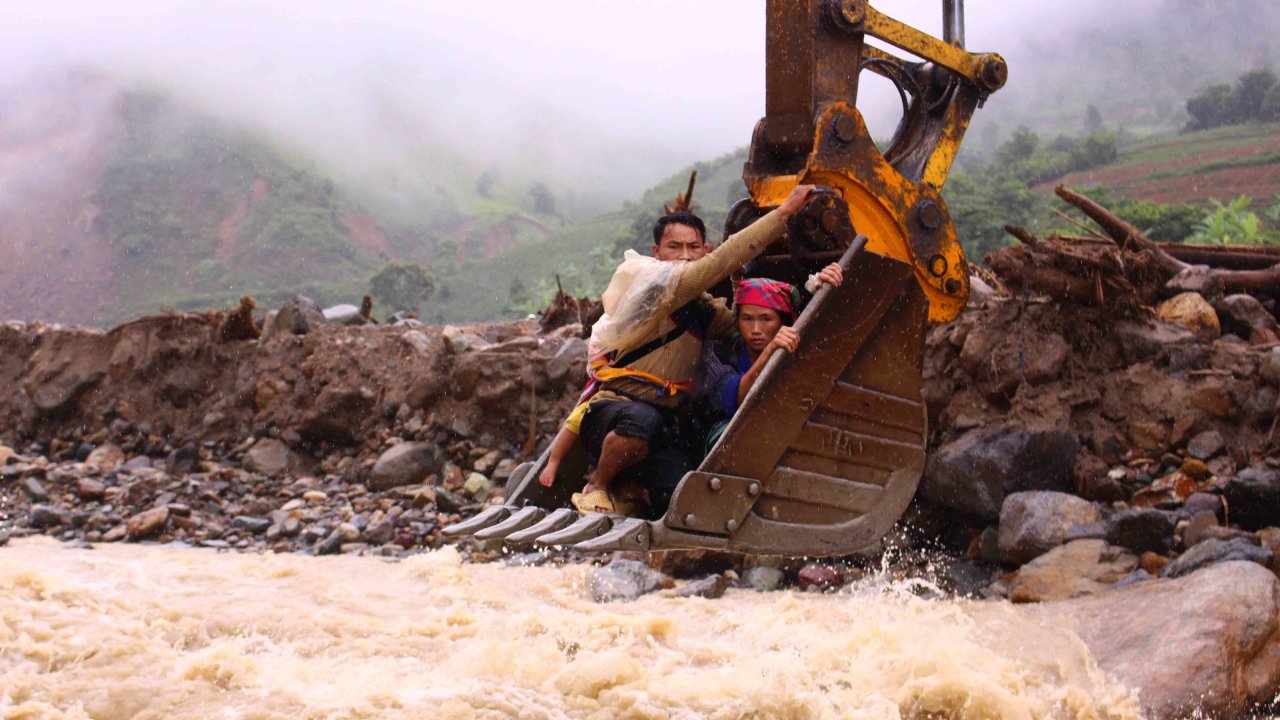 Villagers in a mountainous province in northern Vietnam were shocked when an excavator showed up to help stranded locals cross a flooded stream.

As villagers settled into the vehicle’s bucket, the steady excavator arm swung them safely across the fierce water below.

Vang A Tua, 21, a local villager, was among those stranded by the stream’s sudden surge caused by recent rains.

With no bridge within walking distance, Tua had no choice but to continue his trek to the nearest hospital by crossing the rushing water with his ill wife and child.

The family of three had begun their 30 kilometer trek on foot in the early morning, sloshing through heavy rains before reaching the impassible stream.

Down the road, Nguyen Thanh Cong, Party chief of Muong La District, was overseeing the construction of a nearby road, when he heard local villagers were stranded on one side of the waterway. The official wasted no time in dispatching an excavator to the rescue.

“The child was visibly wet and cold from being in the rain for so long. I couldn’t risk having them wait any longer since the child could get sick,” Cong said. “Getting them across in an excavator bucket was the optimal and safest option.”

“It was scary, but I had to take my wife to the hospital,” Tua said after being safely transferred across the stream.

Lo Van La, another local, said that he had just returned from a visit to his parents’ house on the other side of the stream and that it was the third time that day he had crossed the stream using the excavator.

“The rapids would otherwise be too dangerous to cross on foot,” La said.