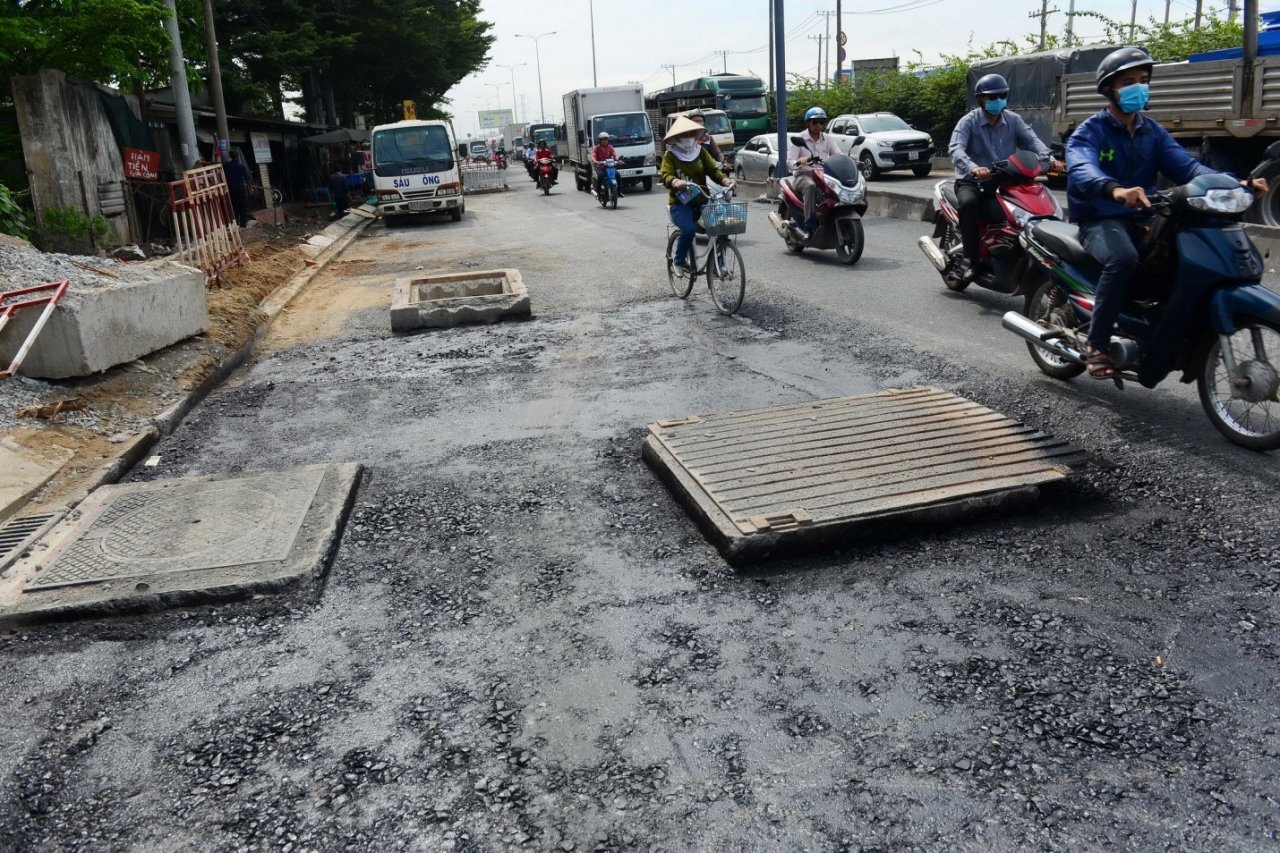 About 120 constructions are being carried out on 56 streetsin the southern metropolis to support a variety of underground projects.

Despite supervision and the threat of harsh penalties by authorities, improper implementation of roadwork projects by several developers remains a serious problem.

According to the observation of Tuoi Tre (Youth) newspaper reporters, a section of National Highway 1A passing District 12 has been severely damaged by three separate roadworks.

The road’s surface has been dug up to facilitate a construction and was not properly restored to its original condition, resulting in uneven sections that pose difficulty to commuters.

Along some sections of the route, manhole covers have been left 10 centimeters higher than the road surface, making it impossible for people to travel through.

According to Nguyen Bat Han, deputy chief inspector of the municipal Department of Transport, the inspectorate has recently fined 25 developers a combined total of VND120 million (US$5,305) for their careless work.

More patrols will be carried out to monitor roadworks and projects in the city, Han continued.

The transport department will also propose that the city administration ban a developer from conducting road construction if they violate regulations more than three times.