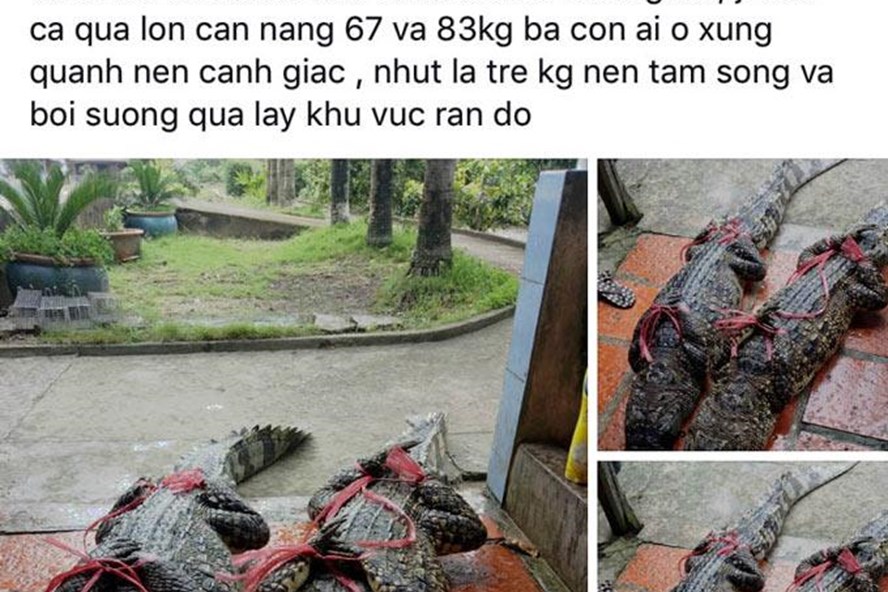 A man in Ca Mau Province, located in Vietnam’s Mekong Delta, was levied a VND10 million (US$438.4) fine after authorities were notified of fake news being posted from his Facebook account.

The fine was imposed by officials from the provincial Department of Information and Communications on Pham Van Toan, a resident of Thoi Binh Commune, Thoi Binh District.

Toan posted a status on his personal Facebook page under the pseudonym Thanh Toan on August 21 reporting that local residents had sighted three crocodiles along the Zero Thoi Binh Canal at around 11:00 am.

“Two of the animals were caught, one weighing 67 kilograms and the other 83 kilograms.  The other is still on the loose. People living nearby should be aware,” the man wrote in his status update.

The post also included four photos showing two tied up crocodiles as ‘proof’ of the situation.

Worried residents began sharing the post and warning others of the situation and authorities were eventually made aware.

After an investigation, police officers confirmed that the entire story was fabricated.

In late July, Hanoi’s hi-tech police unit summoned P.T.M. for an interrogation over a made-up story posted by her Facebook page regarding an airplane accident.  The post also included photos of the ‘air crash’ near Noi Bai International Airport.

M. admitted that she had found the photos on the Internet and decided to attach to them to an invented story in order to attract likes and followers to her Facebook account and draw attention to her online cosmetic business.