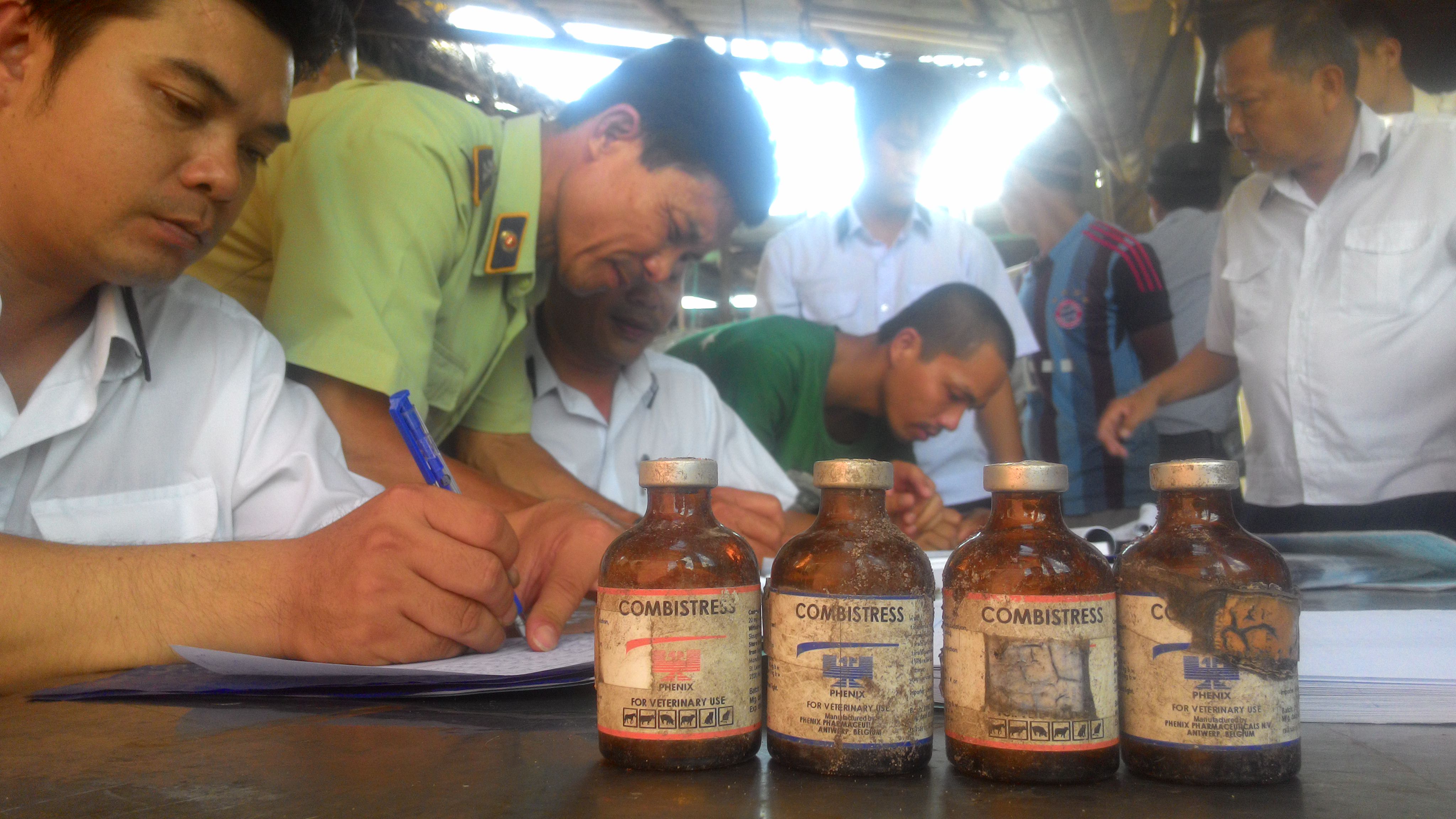 A police raid late Thursday into the largest slaughter house in Ho Chi Minh City discovered thousands of pigs injected with a sedative shortly before being slaughtered for meat.

A source close to Tuoi Tre (Youth) newspaper said the surprise inspection had been conducted at Xuyen A slaughterhouse in the city’s outskirt district of Cu Chi by a joint team of police officers and inspectors from the Ministry of Agriculture and Rural Development.

The officers had been tracking illicit activities at the slaughterhouse for some time, before deciding to launch the raid at around 11:00 pm on Thursday.

At the time of the inspection, six empty bottles of Combistress, a tranquillizer, was found together with 51 500-milliliter infusion bottles containing water that had been mixed with the sedative.

A number of merchants were also caught in the act of injecting pigs with the sedative solution right before having them slaughtered.

In total, the authorities demanded a stop in the slaughter of around 10,300 swines that showed signs of having been sedated.

“Some of the pigs were found to have been injected with the sedative while being transported to the slaughterhouse, while the rest were sedated on site,” an inspector said. “[The sedative] makes the meat softer and better-looking.”

According to the official, Xuyen A is the largest slaughterhouse in Ho Chi Minh City, capable of slaughter over 5,000 pigs per night to supply local markets and supermarkets the next morning.

Pigs at Xuyen A are sourced from the southern provinces of Dong Nai, Binh Thuan, Ba Ria – Vung Tau, Long An, Tien Giang and Ben Tre.

It is allowable to use sedatives to keep aggressive animals calm during transportation, but not in slaughtering, according to Dr. Le Thanh Hien, dean of the infectious diseases and animal health faculty at Nong Lam University.

“Once administered, it takes the drugs five to seven days to be completely excreted from the animals,” Hien explained, while pigs that are sedated at slaughterhouses are typically killed just hours later.

With such a short time between sedation and slaughter, the pigs have no chance to excrete the drugs, making those who eat their meat facing health risks, she warned.

Clinical complications can ensue if the consumer is under medications, is a minor or senior, or has a history of cardiovascular, liver or kidney diseases, Hien warned.